MAGNOLIA overcame a 17-point second-half deficit to hack out a 63-60 comeback win over Rain or Shine in an overtime thriller at the Mall of Asia Arena and advanced in the finals of the PBA Philippine Cup.

The Hotshots trailed by as many as 17 points in the third quarter of a low-scoring Game Seven on Sunday night but got their acts together in time to drag the second-seeded Elasto Painters into overtime.

Veteran Rafi Reavis then took over in the extra period with his hustle plays and scoring to clinch the series for the Hotshots, 4-3, and line them up for a best-of-seven title series against four-time champion San Miguel Beer.

Game One is set on Wednesday. 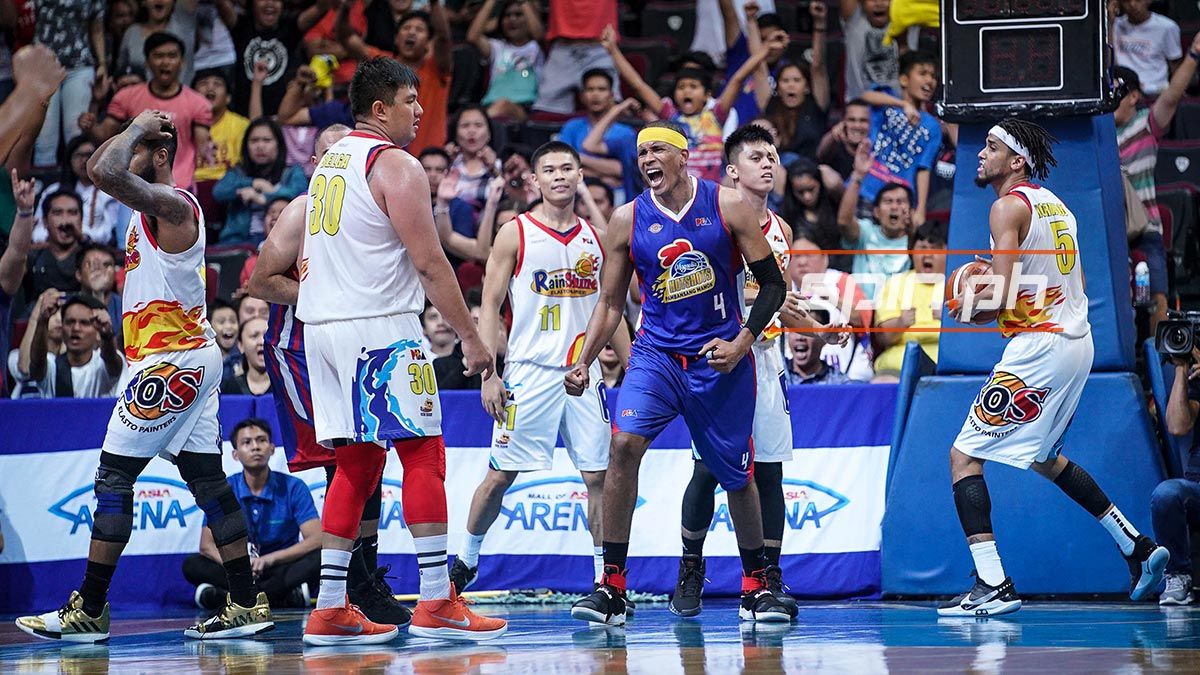 "We were down by 17 and hindi ko alam paano kami nakabalik," said Magnolia coach Chito Victolero, in disbelief after the grind-out victory.

They now advance in the best-of-seven title series against defending champion San Miguel in a rematch of last year's finals won by the Beermen, 4-1.

Game 1 is set on Wednesday at the Smart Araneta Coliseum.

"I would like to thank my players. I'm so proud of them. I love the grit, I love the resiliency, I love the effort, the energy. They don't give up," said Victolero, noting how the Hotshots overcame a 0-3 start this conference, beat Barangay Ginebra twice in a row during the quarterfinals, and survived a 0-2 deficit against the Elasto Painters in the semis to make the finals for the second straight conference.

Everything appeared lost for Magnolia in the third quarter when Rain or Shine began hitting from the outside and established a 39-22 lead.

But the Hotshots showe they still had a fight left in them as big men Ian Sangalang and Aldrech Ramos anchored the comeback and forged the overtime play.

Regulation ended at 55-all.

Then Reavis, the most senior of them all, took over in overtime, coming through with a couple of offensive rebounds and scoring three of the Hotshots' final four points. His floater with 1:18 left gave Magnolia a 61-58 lead.

Sangalang scored all of his team-high 11 points in the final quarter and overtime period, while adding 15 rebounds and three block shots.

Lee was the only other Hotshot in double figures also with 11.

James Yap led the Elasto Painters with 14 points, but missed a potential game-winning play at the end of regulation.