Victolero stays defiant after Game 3 loss: 'We're down but not out'

ALTHOUGH vindicated, Chito Victolero no longer wants to dwell on the issue of officiating that marred Game Two of Magnolia’s PBA Governors Cup semifinals series against Meralco.

Victolero said he’d rather not comment on the matter anymore especially with the Commissioner’s Office already suspending for the entire semifinals the entire referees crew that called the game which the Bolts won, 81-75.

“No comment na tayo diyan,” he said. “The fans saw it, they saw it. Everybody had seen it, pati naman kayo di ba? So it’s up to the officials, hindi ko na yun control.”

A failure to call a shot-clock violation on Meralco import Tony Bishop in the waning seconds caused a major confusion as the Hotshots claimed the ball didn’t hit the rim.

Since no whistle was made, the play went on, with Meralco guard Aaron Black grabbing the offensive rebound and wasting the clock before Jio Jalalon intentionally fouled him.

Following a review made by the league’s technical official on Sunday, the PBA affirmed the stand of Magnolia that the ball didn’t hit the rim.

The league supended the referee crew for the missed call 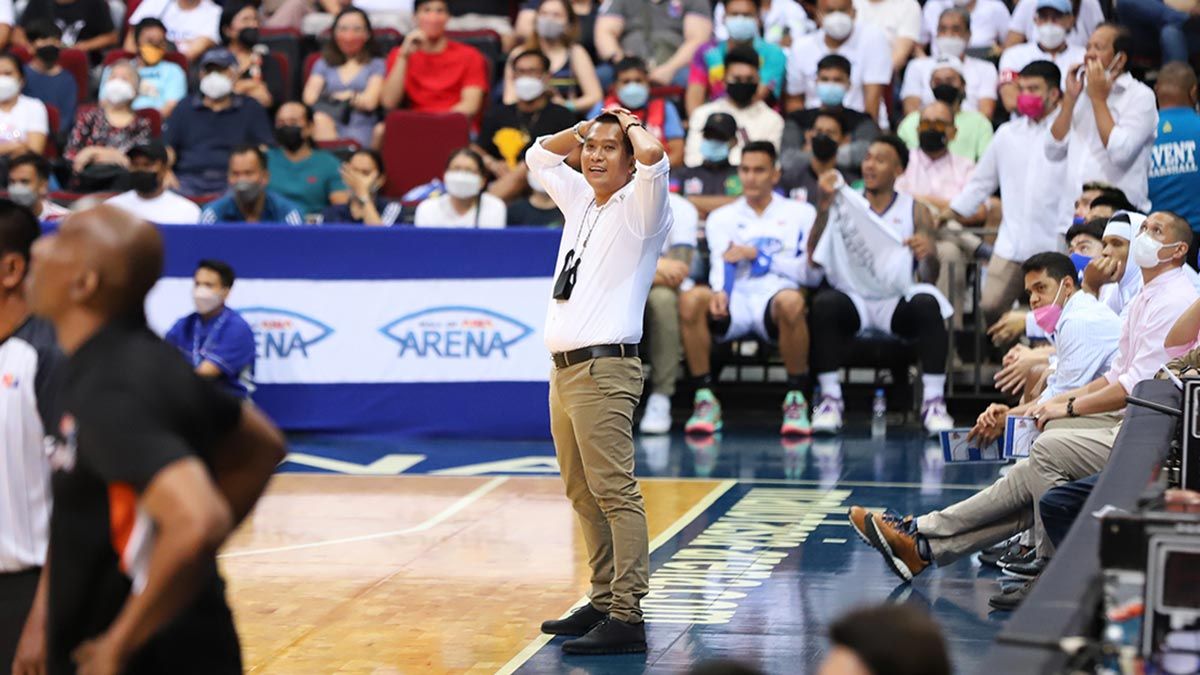 Chito Victolero and the Hotshots focus on extending the semifinal series with Meralco.

Besides, the Magnolia coach is more concerned now on the situation of his team, which now faces two sudden-death games in order to advance in the finals.

Back-to-back losses including Game Three (101-95) had the Hotshots suddenly trailing the best-of-five series, 1-2.

He admitted there’s obviously pressure on the Hotshots right now especially being the top seeded team going to the playoffs.

“There’s pressure but we’ve been here before. It’s a do-or-die for us. We’ll just try to grind this one, and hopefully we can make it to the next game and have a chance also doon sa Game Five,” said Victolero.