MARK Barroca and Ian Sangalang combined to lead Magnolia Chicken Timplados to a 92-88 victory over TNT on Friday that tied their 2022 PBA Philippine Cup semifinals at 1-1 at the Smart-Araneta Coliseum.

Barroca scored 16 of his 22 points in the second half while Sangalang made two clutch baskets to help the Hotshots weather a late rally by the Tropang GIGA led by the red-hot Mikey Williams.

Game Three of the best-of-seven series is set on Sunday.

Barroca also nailed a jumper that hiked the lead to 88-81 after Williams went berserk in the fourth quarter, scoring 25 of his 28 points in that stretch.

“Ang sabi ko lang naman sa kanila is we have to go back to our defensive mentality,” said Magnolia coach Chito Victolero after his ballclub bounced back from a 108-96 defeat at the hands of TNT in Game One.

“We were limiting to under 84 points ‘yung mga kalaban namin but the last time, they scored 108 points. Malayo sa average namin. But now, we did a good job especially in the first half.” 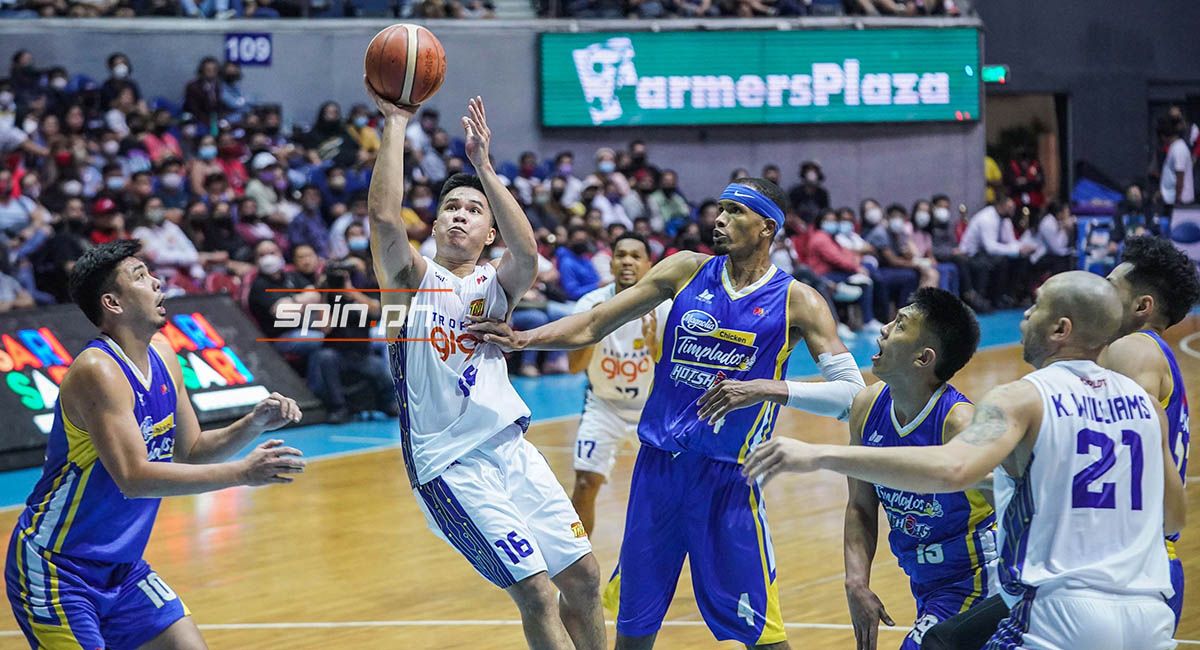 Barroca scored six points in an 11-3 spurt that enabled the Hotshots to grab a 69-58 lead at the end of the third. He also nailed a three that increased the lead to 77-58, the largest in the game.

Sangalang had 20 points and eight rebounds, while Calvin Abueva added 18 points in the Game Two win.