MAGNOLIA beat Rain or Shine, 81-70, in Game One on Sunday to close in on a semifinal appearance in the 2021 PBA Philippine Cup at the Don Honorio Ventura State University gym in Bacolor, Pampanga.

Paul Lee and Ian Sangalang gave the Hotshots a lift offensively while Magnolia's defense held the Elastopainters to only eight points in the third quarter when the Hotshots made the decisive breakaway.

Limited to only a point in the first half, Lee finished with 20 points including 13 in the fourth quarter when the third-seeded Hotshots kept No.6 Rain or Shine at bay to take a 1-0 lead in the best-of-three quarterfinal series.

Sangalang had 19 points and 13 rebounds, scoring eight in the third period. 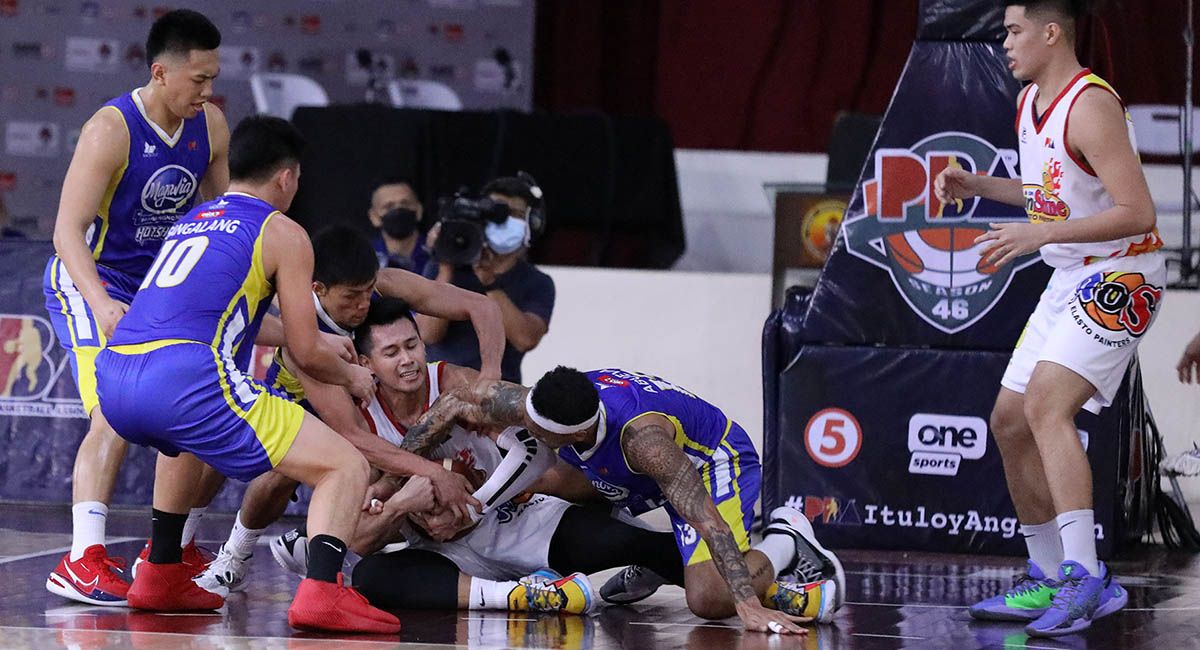 “Very important ang Game One in any series. ’Yun ang magbibigay ng momentum,” said Magnolia coach Chito Victolero. “Pinaghandaan talaga naming itong game. We worked on our execution on both ends of the floor that’s why we kept on grinding.”

“Kita nyo naman we are down in the first half but we kept on executing. And that’s the important thing na naka-execute kami,” said Victolero.

Jio Jalalon and Rome Dela Rosa had 10 points apiece while Calvin Abueva had eight points and 13 rebounds for the Hotshots.

Leonard Santillan had 17 points and 12 rebounds, helping keep Rain or Shine in the match during the fourth quarter. Santillan scored a triple to cut the deficit to 73-67 but that was the last stand of the Elastopainters in the contest as Lee and Sangalang clustered points for the Hotshots.