MAGNOLIA moved on the brink of a return trip to the 2021 PBA Philippine Cup Finals after scoring a runaway 81-69 victory over undermanned Meralco in Game 4 of their semifinals series on Sunday.

The Hotshots jumped the gun on the Bolts and led by as many as 22 big points, a cushion that proved more than enough to parry a late Meralco charge at the Don Honorio Ventura State University gym in Bacolor, Pampanga.

The San Sebastian connection of Ian Sangalang and Calvin Abueva again did the most damage for Magnolia as the two bigs pounced on a Meralco team that continues to miss starting center Raymond Almazan due to a sprained ankle. 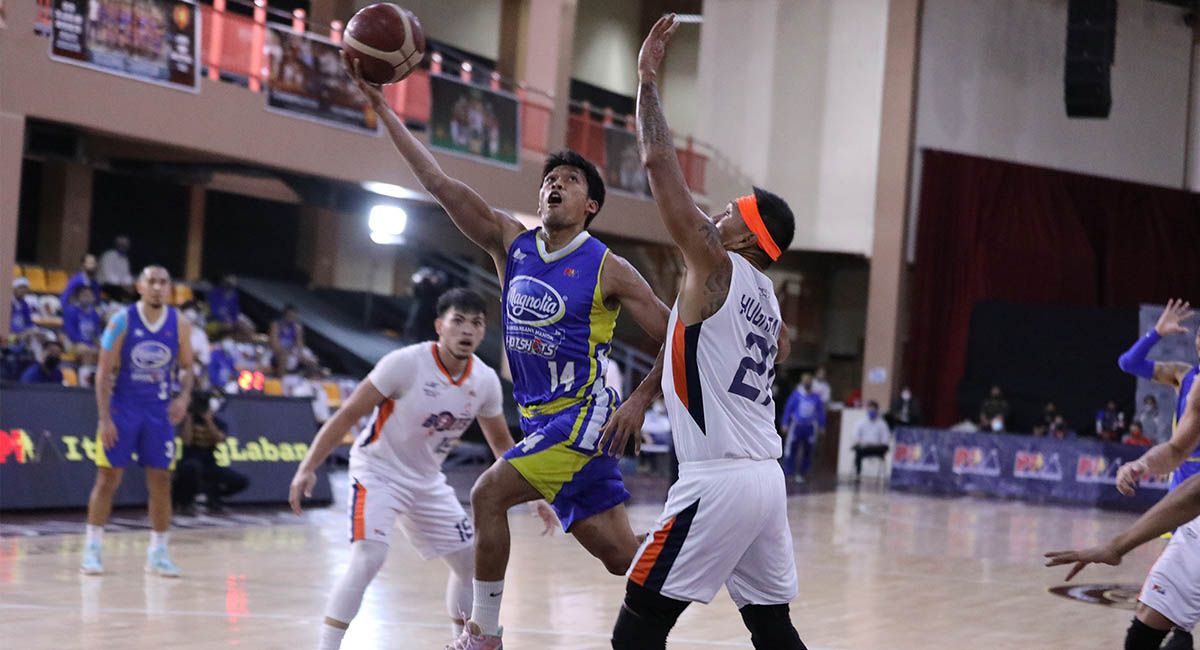 Sangalang finished with 17 points and 11 rebounds, while Abueva also had 17 and 12 rebounds for the Hotshots, who now holds a commanding 3-1 lead in the best-of-seven semifinal series.

They can make it back to the finals of the all-Filipino conference for the first time in two years with another win in Game Five on Wednesday.

Coach Chito Victolero said the one day rest is a welcome one for Magnolia before they resume practice Tuesday and be ready for the closeout game.

“We need to recharge mentally and physically (because) we have to expect more effort from Meralco also,” the Magnolia mentor added.

The Hotshots enjoyed a 64-42 lead late in the third period and were even 74-62 with four minutes to play when the Bolts made one final push to turn things around.

Cliff Hodge, Chris Newsome, and evergreen Reynel Hugnatan scored seven straight unanswered points that had the Bolts suddenly down by just five points against a Magnolia side that had to play without Abueva for the rest of the game after committing an unsportsmanlike foul.

But coming off a timeout, the Hotshots regrouped and went to Barroca for the dagger blow, converting a three-pointer at the 2:12 minute mark to restore order for Magnolia, 77-69.

Hugnatan at 42 years old, showed the way for the Bolts with 21 points and nine rebounds, Hodge had 13 points, and Newsome with 11, seven rebounds and eight assists.