THE pro that he is, Louie Vigil takes it as a challenge his impending transfer from San Miguel Beer to Alab Pilipinas and play in the coming ASEAN Basketball League (ABL).

The sophomore wingman is looking forward to the stint as playing for the Philippine side in the regional league is a great opportunity for him to further improve as a player.

Besides, he's been assured by San Miguel management that he'll eventually return with the Beermen once he's through with his job at Alab. 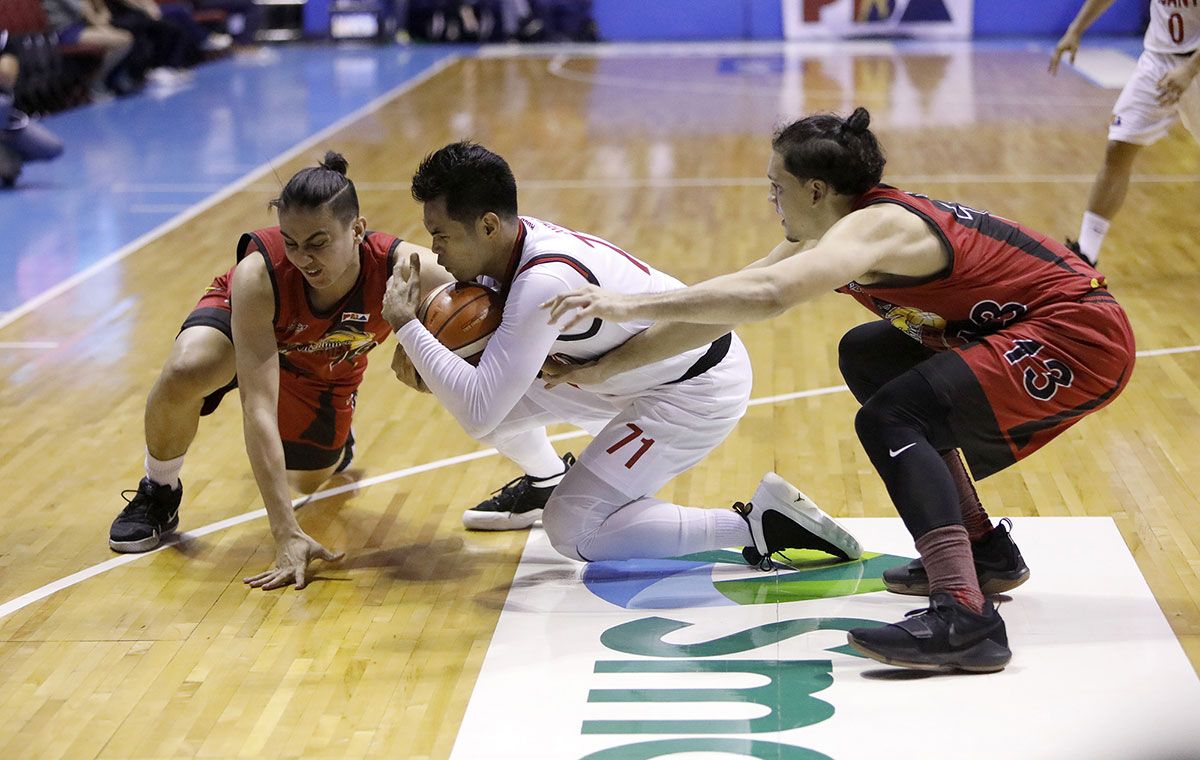 It was Alab coach Jimmy Alapag who talked out to Vigil of playing for the team. Alapag is one of coach Leo Austria's battery of assistants at San Miguel.

At the same time, the wingman out of University of Santo Tomas took to heart San Miguel management's suggestion for Vigil to take the opportunity for him to further improve as a player.

Vigil will cut short his ties with San Miguel in the PBA once the 10th season of the ABL kicks off this November.

For the meantime, he continues to attend the practices of both ballclubs.

"It's like a double duty for me kasi I always show up at San Miguel practices. And after that I go naman sa Alab practice," said Vigil.

The 28-year-old Beerman is looking forward to helping Alab regain the ABL championship it failed to defend a year ago.

"I'm excited to help the team, get a lot of wins. They won a championship and then lost last season. Ngayon they're preparing to bounce back from that sorry loss. And masaya ako na magiging part ako ng team na yun," Vigil said.

"We have a strong lineup na makakapag-compete with other countries."

One more good thing about Vigil's set-up is he's an official part of the San Miguel lineup if and when the franchise gets to fulfill its grand slam bid by the end of the season.