COLUMN: Seeing SMB without Arwind, Cabagnot will take some getting used to

That's all the more true if that partnership lasted for more than a decade.

And one can only understand why San Miguel fans couldn't help but feel sentimental seeing Arwind Santos and Alex Cabagnot in different threads than that of the Beermen's for the first time in a long time.

The two, who have shared the team captaincy role for San Miguel over the past few seasons, are now gone, traded in the offseason as the loyal supporters grieved the end of the so-called 'Death Five.'

Everyone, though, should've seen this coming.

Santos and Cabagnot, as capable as they are on the court, are no longer spring chickens and eventually, San Miguel would have to beef up its roster with younger guys.

But no one expected the timing to be this sudden, not with the Beermen just falling a win short of going back to the finals and competing against Magnolia in search of their sixth Philippine Cup crown in seven years. 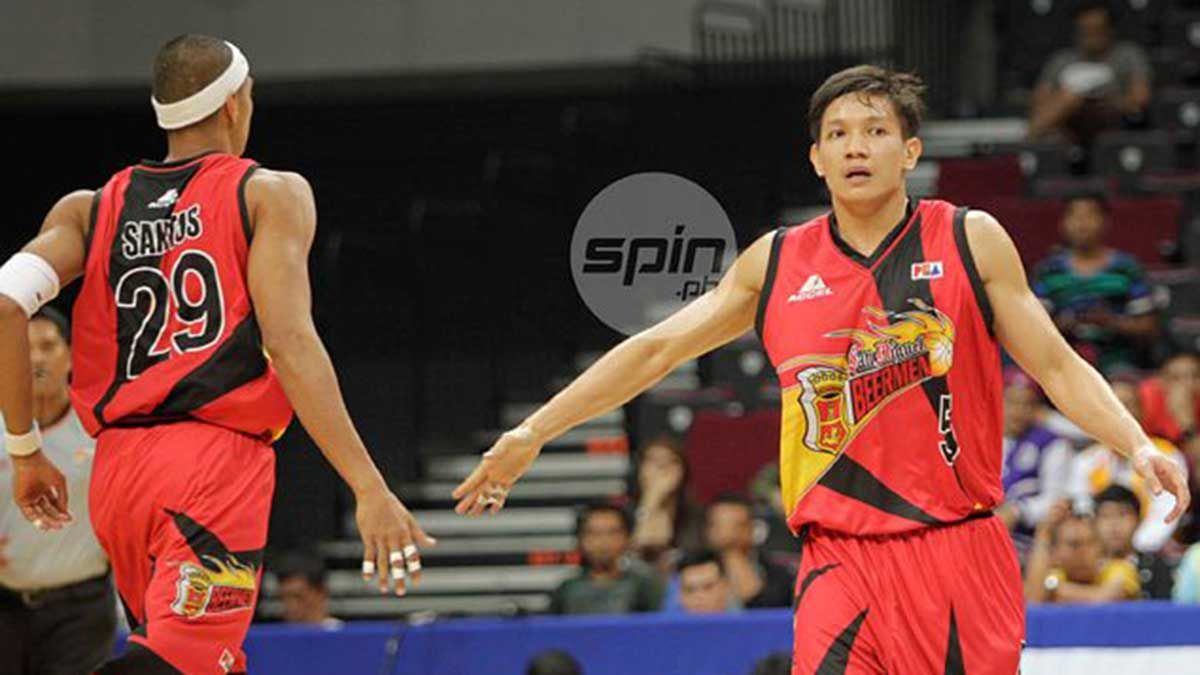 However, business is business and the brass had to do what they felt they needed to do to keep the team competitive, netting Vic Manuel and Simon Enciso in the process.

As much as everyone wanted to see Santos and Cabagnot call it a career in a San Miguel jersey, those dreams will no longer be possible.

It actually feels like a deja vu of sorts for SMB fans.

A decade has passed since the Beermen pulled the trigger on a trade near the same magnitude, parting ways with longtime staples Danny Seigle, Dondon Hontiveros, and Dorian Peña, as well as Paul Artadi and sending them to Air21 for that season's top three selections Noy Baclao, Rabeh Al-Hussaini, and Rey Guevarra.

How did that experiment end up? Well, in the first conference since the trade was executed, the Beermen stumbled to a 2-7 record, finishing dead-last in the 2011 Commissioner's Cup.

So much for "Samahang Walang Katulad."

Although things turned out for the better eventually, with June Mar Fajardo now leading the attack and the formation of the vaunted core, many people feared that this time would come.

And it eventually did.

What made Santos special was that though he no longer was the go-to guy he once was, he did his job exceptionally well that kept him earning individual accolades through the course of San Miguel's dynastic run.

Off the court, it was never lost in the Kapampangan's mind how special this group is, taking great pride on the historic achievements that this Beermen side accomplished in their time together, from the famed Beeracle run to their five straight Philippine Cup triumphs.

For his part, Cabagnot let his game do the talking, repeatedly turning back the hands of clock as he was steadfast in orchestrating San Miguel's plan of attack while tirelessly bailing the team out in clutch situations.

Unfortunately, those are no more.

Two may be gone, but three still remain with Fajardo, Chris Ross, and Marcio Lassiter hoping to keep the fire burning for the Beermen, who have been the league's alpha for the better part of the past decade, winning eight titles together while also making two runs for the elusive Grand Slam.

San Miguel also still has exceptional pieces in Terrence Romeo, CJ Perez, Mo Tautuaa, and even the new additions like Manuel and Enciso are all capable of filling the roles left by those vets.

On the flipside, the two are also continuing on with their careers, with Santos looking to make his mark this time for NorthPort, while Cabagnot will reunite with familiar faces and former Beermen in Terrafirma.

Still, there's nothing quite like that "Death Five" and it will take a lot of time for Beermen fans to get used to this seemingly new-look squad.