IT was regarded as one of the most stunning upsets in PBA history.

And it proved to be the most heartbreaking too, in the playing career of the great Ramon Fernandez.

The 67-year-old cage legend disclosed Toyota’s 1980 loss to U/Tex in the Open Conference Finals was the biggest disappointment of an otherwise illustrious career in Asia’s pioneering play-for-pay league.

Yes, that memorable ‘longest 16-second game’ was something Don Ramon would rather much forget.

Forty one years after, the pain still lingers for ‘El Presidente,’ even more than the anguish of being denied a fifth MVP award during his grand slam season with San Miguel, the disbandment of the fabled Toyota franchise in 1984, and his infamous benching during the 1988 All-Filipino finals with Purefoods.

“Doon ako nasaktan,” said Fernandez in his special appearance in the SPIN.ph ZOOM In where he admitted that deciding Game 5 overtime loss (99-98) to the Wranglers was the saddest experience of his 19-year stay in the PBA. 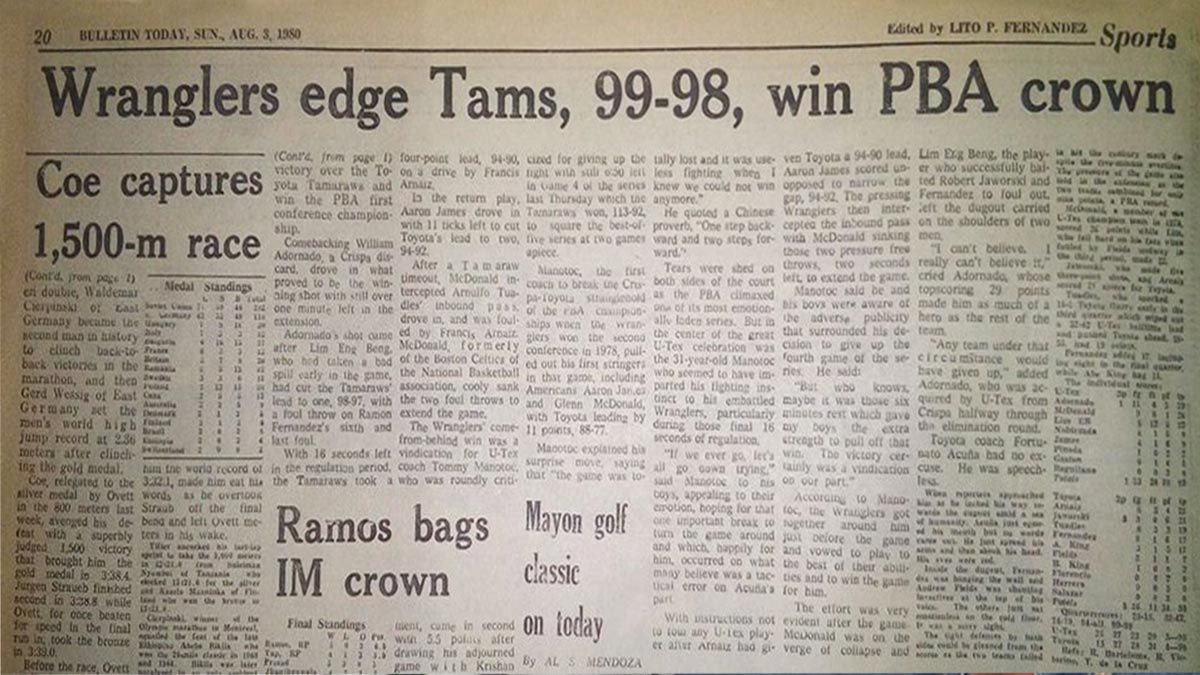 Toyota appeared on the verge of wrapping up a best-of-five title series where it never led once after taking a 94-90 edge on a Francis Arnaiz layup with 16 seconds left in the do-or-die match.

Fans of the Tamaraws at the Araneta Coliseum began celebrating as they began to smell a victory, with Toyota still having the luxury of giving up three fouls opposite their back-against-the-wall opponent.

Unfortunately, Toyota, playing without the fouled-out Robert Jaworski, failed to take advantage of the situation and let U-Tex import Aaron James drive unmolested to the basket in the next sequence that cut the gap to 94-92.

After a timeout by the late Toyota coach Fort Acuna with 11 seconds left, the U-Tex duo of Lim Eng Beng and Fritz Gaston – on instructions by coach Tommy Manotoc – pressed inbounder Arnie Tuadles and forced the former Rookie of the Year to throw an errant pass that was anticipated by import Glenn Mcdonald.

The former Boston Celtic back-up guard, best remembered for his heroic role in Game 5 of the Celtics’ classic triple overtime win over Phoenix in the 1976 NBA finals many considered as the greatest game in league history, scooted down court for a fastbreak basket that was stalled by Arnaiz, who was forced to foul the streaking import.

With ice in his veins, McDonald calmly sank both free throws to send the game to overtime to the horror of the pro-Toyota crowd at the Big Dome.

Everything imploded for Toyota in the extra period.

Fernandez himself fouled out late in overtime, leading to a Beng free throw that cut Toyota’s lead to 98-97, before Bogs Adornado hit a long jumper with less than two minutes to go for what turned out to be the winning basket for the Wranglers, who went to win their second championship in two years.

Until now, that loss was considered one of the biggest meltdowns in the 46-year history of the league by any team in a game with a championship at stake.

Aside from Fernandez, Jaworski, Arnaiz, and Tuadles, the Tamaraws also had in their lineup the likes of Abe King, Emer Legaspi, Rino Salazar, Danny Florencio, and high-caliber imports Andrew Fields and the late Bruce ‘Sky’ King.

“Yes,” was the curt reply of Fernandez, the four-time MVP and owner of a league-record 19 PBA championships, when asked if it was the biggest heartbreak of his decorated career. 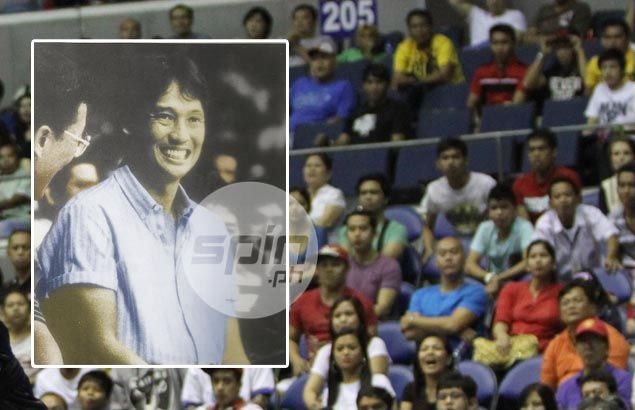 * It was during the same title series where Manotoc uttered the ever-classic quote ‘One step backward, two steps forward,’ when he opted to rest his starters and two imports in Game 4 when the Wranglers clawed their way back from a 21-point deficit and trailed by just nine in the fourth period.

With U-Tex going to its reserves, the Tamaraws won the game, 113-92, to forge the sudden-death match.

* U-Tex led the series, 2-1, when the then 31-year-old mentor pulled off the coaching gamble, which didn’t spare him from heavy criticism from basketball aficionados.

* In Game 2 of the finals, Jaworski fired a then record eight three pointers to help Toyota tie the series at 1-1 with a 107-102 win. The great Toyota guard finished with 28 points on 8-of-11 shooting from beyond the arc.