The former University of Santo Tomas player was overcome by emotions moments after Pioneer Pro Tibay ruled the PBA 3x3 Second Conference grand finals with a 12-10 victory over Sista Super Sealers Wednesday night at the Ynares Sports Arena in Pasig.

Del Rosario remembered the great UST mentor as he basked in the glory of what he considers as the crowning glory of a career made possible by his father.

“Dapat nandito siya, e” he added as the Pioneer coach began to break down. 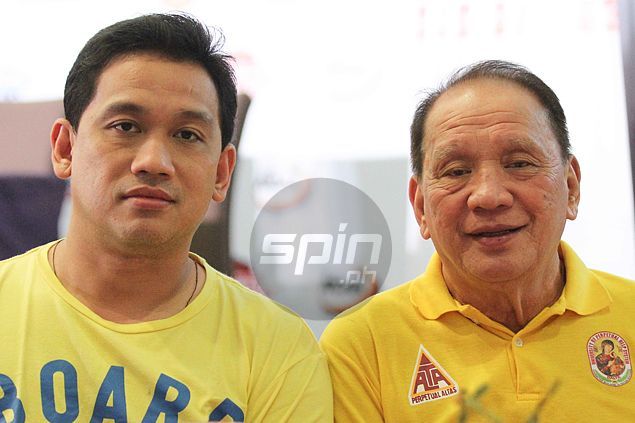 The elder Del Rosario passed away two years ago when the country was at the early stage of the lockdown following the outbreak of COVID-19.

Aric was the architect of the UST dynasty in the 90s where the Tigers won four straight UAAP men’s basketball championship, including a sweep of the 1993 season.

He eventually branched out into coaching after his playing years courtesy of his father.

Lester said it was his father who gave him a break, initially as an assistant with UST in the mid-2000 before taking his act other leagues such as the defunct PBL (Toyora) and the NCAA with Jose Rizal University, and later with Perpetual Help College where he got to work with his late father.

So it was understandable the memory of Tatay Aric was among the first he remembered after winning the championship of the standalone meet played before a frenzied crowd mostly made up of Pioneer Pro Tibay supporters.

Asked what his father could have told him after the title run, he lets out a wide grin.