SAN Miguel coach Leo Austria insisted the PBA Commissioner’s Cup finals is not as physical as perceived by observers closely watching the series.

The PBA Commissioner’s Cup finals is heading into Game Five in which the first four matches have seen several incidents, the major of which is TNT import Terrence Jones getting fined P20,000 for headbutting San Miguel guard Chris Ross in Game Three.

When asked about the physicality of the series, Austria said he doesn’t see anything that is outside the bounds of the rules of the game. 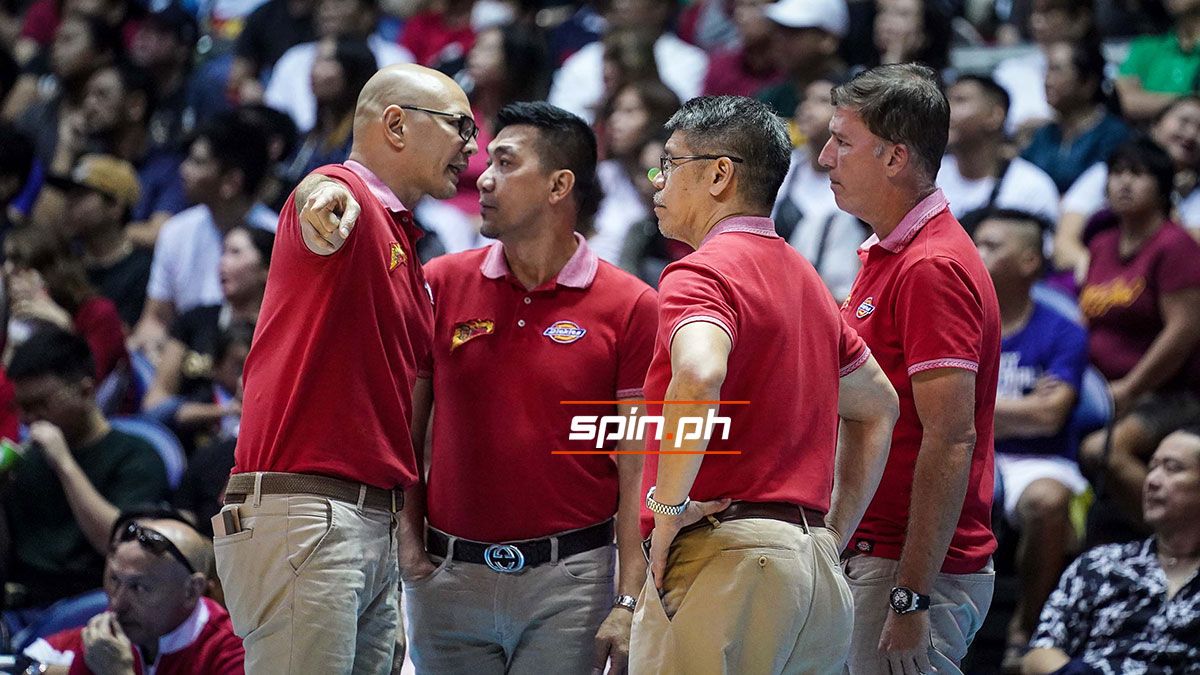 Jones and Ross have been going at it in the series on the court, with Ross even calling Jones as “mentally a baby” following the Game Three incident when the TNT import headbutted him.

San Miguel big man Christian Standhardinger was also fined P5,000 for a flagrant foul penalty one in Game Three of the series.

Austria shrugged off negative comments that the Beermen may be playing too physical.

“Sometimes, may ganyan. If one of the team loses, there is some things you will hear. That’s normal. This is the kind of world (we are in) especially in social media. Kanya kanyang partisan,” said Austria.

Austria got himself involved in breaking a commotion when he personally pulled aside San Miguel reserve Kelly Nabong during a timeout late in Game Four after he and Jones collided in front of the bench.

“Almost sure win na kami. We don’t want anything to escalate,” Austria said, when asked about the incident. “Baka mamaya magkamali ang technical, mabigay sa amin. At that time, hindi pa assured na panalo kami. We don’t want any kind of commotion inside.”
Austria said those incidents are natural especially since both teams are in search of a title, as he reminded the team to keep on playing within the rules of the game.

“That’s the thing of the past now. We need to move on. We have to play according to the rules and regulations of basketball. We owe it to the fans. They are here to watch quality basketball and that’s what is happening,” said Austria.