COLUMN: Can Austria make the defensive adjustments in Game Two?

CHICAGO - It's not quite a mutiny, but in the aftermath of San Miguel's Game One loss to TNT in the PBA Philippine Cup Finals, some Beermen are not pleased with the exploits of the coaching staff.

Multiple sources have told me that some San Miguel players have even suggested to coach Leo Austria to implement a different defensive dragnet to stop the Tropang Giga juggernaut.

So, what's their main beef?

[READ: 'Pick your poison' for TNT in Game Two]

Well, the Tropang Giga are relentlessly attacking June Mar Fajardo in the high ball screen and because Fajardo refuses to be dragged away from the basket, TNT's fleet-footed guards are running downhill at the lumbering 6-foot-10, 250-pound big.

The result was a disaster for San Miguel.

And the vicious cycle will repeat in Game Two unless the Beermen elect to play zone on all of TNT's ball actions or if June Mar does what's called a "hard show" and hedges the screen instead of staying back and waiting for the roller.

This change of course will allow San Miguel's guards a chance to at least stay in front of Castro, Williams and Pogoy, who got so many open looks that they went for a combined 22-of-47 from the field, including 7-of-20 from 3.

THE DROP COVERAGE WORKS ONLY when the big, Robert Gobert of the NBA for example, is a shot blocker. Fajardo is not a shot blocker and he lacks the mobility to chase and catch up when he is beaten off the dribble in a switch.

As I have pointed out in a previous column, the Beermen, on paper, are the more gifted team. But TNT is inarguably the better-coached team and that was seen in the Big Dome court last Sunday.

In fairness to Austria, though, he does not deserve all of the blame for being tactically deficient. 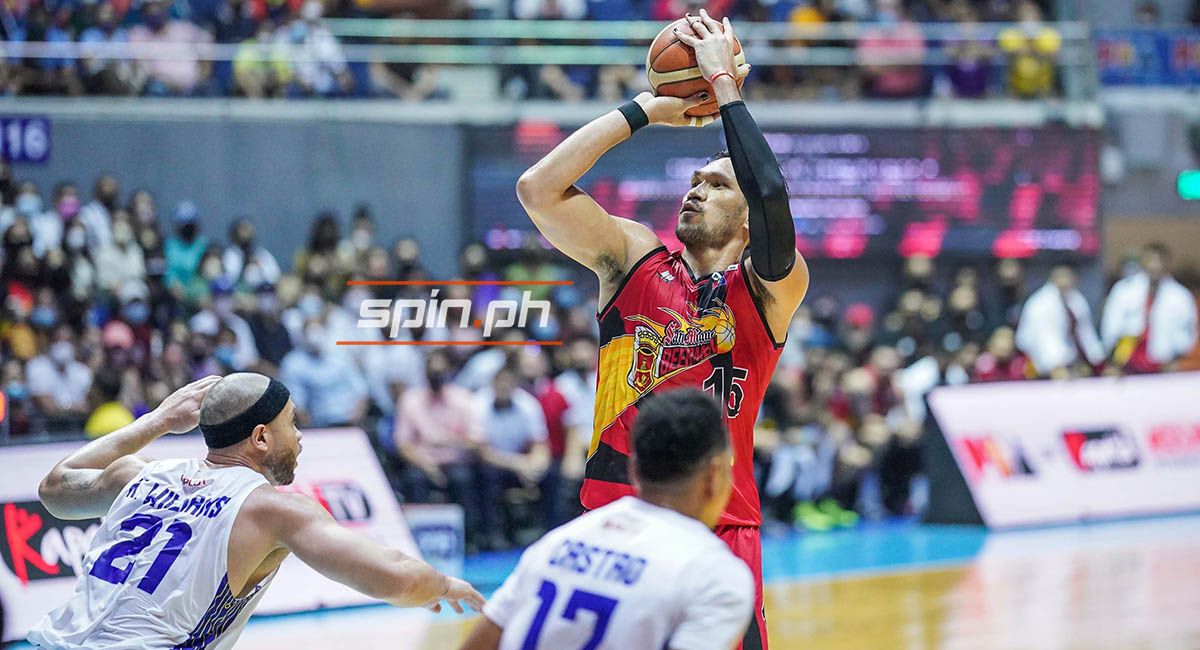 I’m also being told that SMC director Alfranchis Chua is actively whispering instructions on the sidelines. Only time will tell if Chua’s alleged participation will turn out to be a case of two heads being better than one or too many cooks spoiling the broth.

With their overload of max players bannered by Fajardo, a six-time league MVP who finished with 24 points by sinking an astonishing 11 of 12 field goals, I still pick San Miguel to win this best-of-seven title series.

But it will require a lot of mental gymnastics and play-calling flexibility for Austria to thwart the very smart and wily coach Chot Reyes of TNT.

When Castro, Williams and Pogoy are all in their element, shooting well and exploiting the holes in San Miguel's defense, the ascent to conquer TNT becomes a steeper climb.

If the Beermen must pick a poison, they should give TNT different looks and dare Troy Rosario, Paul Erram and Kelly Williams to beat them instead. Troy, Poy and Kelly combined for a meager 10 points in Game One, struggling on just 4-of-17 shooting from the field.

SAN MIGUEL ALSO NEEDS TO TAKE EXCELLENT CARE OF THE BALL. The Beermen's 19 sloppy miscues led to 27 points for TNT.

And the bench players, who went semi comatose, must wake up in Game Two after the Tropang Giga reserves punched them in the nose in Game One, 38-27.

While CJ Perez was a beast with 21 points in Game One, it wouldn't hurt if San Miguel's three other starters - Marcio Lassiter, Simon Enciso and Rodney Brondial - can pool together more than the 12 points they mustered two nights ago.

It's a long series but San Miguel can't afford going down 0-2.

Expect the Beermen to come out smoking and take Game Two, especially so with coach Reyes out of the country coaching Gilas in Beirut against Lebanon in a Fiba World Cup Asian qualifying window.

Sometimes, even a great team needs a little break.