AS good as he is in tempering the egos on his super team, Leo Austria is no different when dealing with the expectations on San Miguel Beer as it continues to take the spotlight when it returns to action in the PBA Commissioner’s Cup.

All eyes will continue to be on the Beermen after their historic Philippine Cup conquest at the expense of Magnolia in five games in the finals as they parade an even more formidable lineup in the midseason tournament.

Not only will they be bolstered by import Troy Gillenwater, the Beermen also welcome the arrival of top pick Christian Standhardinger, who’s rounding out his stint in the Asean Basketball League (ABL) with defending champion Hong Kong Eastern.

While acknowledging their chances of a championship encore that would also move them a title away from capturing that elusive Grand Slam, Austria insisted it remains to be seen.

“Well, the possibility (of winning a championship) is still there,” the SMB coach said. “Every game, every conference, you still need to work hard dahil talent is not enough eh. Attitude is. If they will work hard and have a good camaraderie and good preparation, I think there's a great possibility that we can win another championship.

“But this is a long shot because every team in the PBA right now is trying to build up their team,” he was quick to add. “I think makikita niyo naman, this coming conference, magagaling 'yung mga import eh.”

“It just so happens na dalawa daw 'yung import na darating sa amin – isa from Hong Kong, isa from US,” he continued with a chuckle. 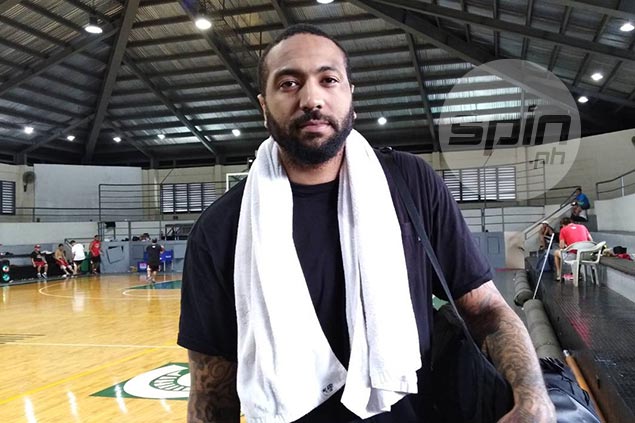 The Beermen are pumped up particularly with the arrival of the Filipino-German Standhardinger, last year’s No. 1 overall pick they got in a controversial trade with Kia, giving Austria another legitimate option to add to his ultra-right rotation.

But the addition of Standhardinger, a high-IQ 6-foot-8 power forward, will mean that some of his star teammates’ playing time will take a hit, particularly that of Arwind Santos.

But Austria is hardly worried about the fight for minutes for now.

“I think sabi noong iba, it will become a problem in our team. Sabi ko, probably, but it is a good problem for us dahil sabi nga ninyo, there's a lot of critcism before na I'm only using seven or eight players, especially in a very important game,” Austria said.