PBA commissioner Willie Marcial is encouraged by the unanimous stand of the players to return to practice as soon as the league can following a meeting on Tuesday to discuss health protocols in preparation for the season’s resumption.

The PBA held a meeting with representatives of each of the 12 teams in the league to discuss the minimum health standards it will implement once it gets a go-signal from the Inter-Agency Task Force on Emerging Infectious Disease (IATF) to resume practices.

While the league still waits for the IATF decision, Marcial said the decision of the players goes a long way in the PBA’s desire to resume the 2020 season. 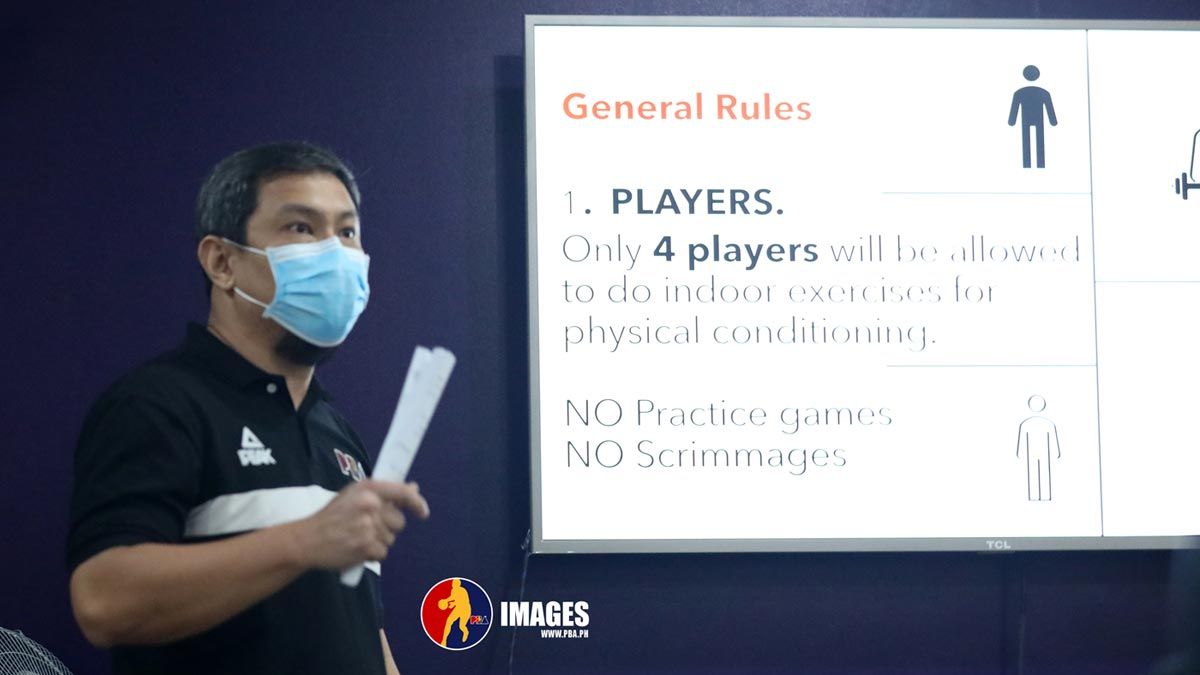 Deputy commissioner Eric Castro discuesses some of the protocols.

After a lengthy discussion on the protocols, Marcial said he allowed the players to talk among themselves and they agreed to return to practice once the go-signal is given.

Marcial said the players who attended the meeting were the veterans or the leaders of each of the team, giving weight to their decision of returning to practice.

Marcial said a meeting will once again be held with the same players who attended on Tuesday once there will be new developments in relation to the resumption of the games.

The PBA is hoping for a favorable response from the IATF, with the league planning to decide in August whether to push through with the 2020 season or not.

If the season pushes through, the league is ensuring the safety of the players and one of its protocols is to only have four players, one trainer, and one health officer in practices which will be held in batches in order to maintain social distancing among the team.