COLUMN: Lay off Scottie, the guy is no criminal

CHICAGO - I don't understand all the toxicity that social media has poured all over Scottie Thompson for marrying Jinky Serrano instead of his longtime girlfriend Pau Fajardo.

People fall in and out of love. It happens all the time.

It's unfortunate that random strangers, most of them cloaked in pseudonyms and fake accounts, have deputized themselves as the emotional police and maliciously enforced how one's heart must beat and to whom.

Look, what transpired in a private marital ceremony in Las Pinas involving the Gin King and his queen bride was layered with a tinge of sadness.

Scottie had acted irresponsibly, perhaps even deceptively, by proposing to Pau this past New Year's Eve and then failing to honor that commitment with marriage.

But he is not a criminal. He broke a vow, not a law.

And lest everybody forget, at the time of the wedding early this month, Thompson had already painfully, reluctantly severed ties with Pau, which means he was an unrestricted free agent in the meet market.

Just because the repentant Romeo is willing to get hit with angry stones doesn't mean you should pick up one. 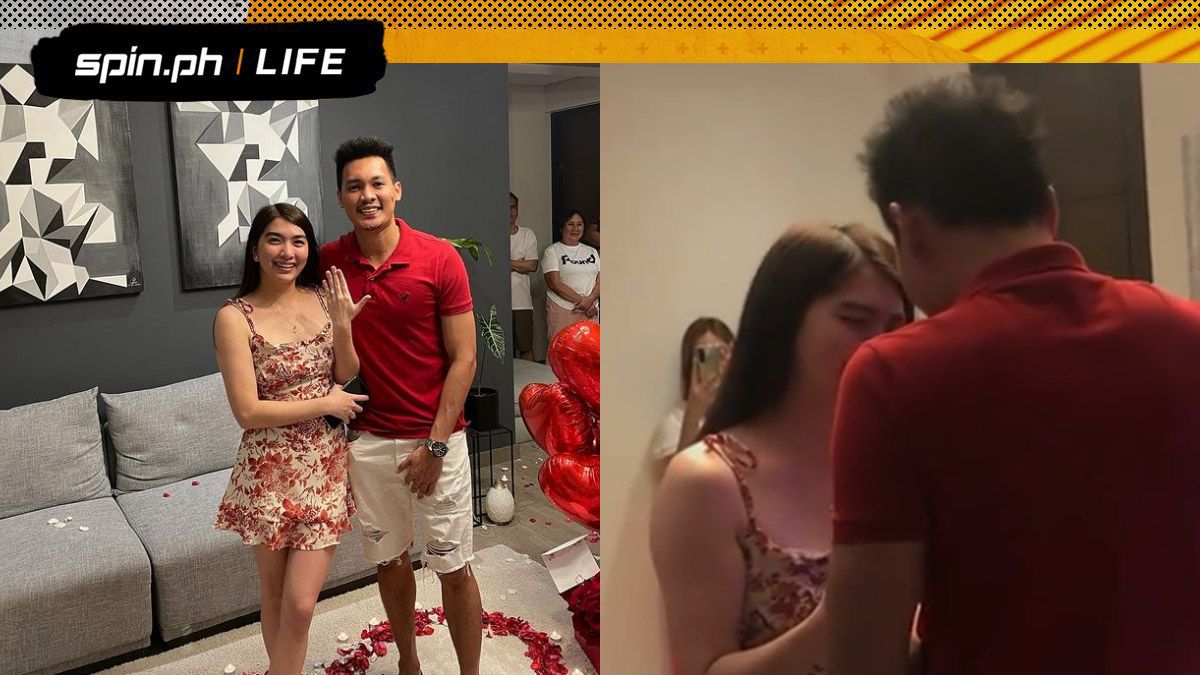 And the idea that Scottie needs be traded due to the imagined slight of moral turpitude is as silly as the logic-defying, grammar-mangled comments of some netizens on this issue.

Take note that Thompson plays in the PBA, a decaying institution whose litany of bad judgements, oppressive suspensions and stubborn insistence on applying archaic Fil-foreigner eligibility and draft dodger rules reflects that it is no longer the trusted beacon for right and wrong.

THE PBA IS THE NOT PREACHING GROUND FOR YOUR MORALITY, FOLKS.

Jinky Serrano, a former flight stewardess who has since been grounded as she attempts to reroute her life toward becoming a dutiful wife and successful entrepreneur, doesn't deserve the tawdry language hurled at her, either.

She did not steal another woman's man. She merely surrendered her precious, beating heart to Scottie.

I can't begin to pretend to know the grief that must be engulfing Pau right now, but having survived past relationships that billowed like dumpster fires in my life, I understand the process.

Rejection is devastating, it traumatizes the heart and scars it in ways that only time can heal.

But Pau is a beautiful soul surrounded by supportive family and friends. She will get through this difficult time, be better for it, and then hopefully, find true love in somebody else's arms.

So to all the Scottie Thompson bashers out there, I got something for your collective angst to marinate with.

Broken relationships are inevitably indelicate and people - including those who have martyred to assume the rage on behalf of their suffering loved ones -- need to know that the best way to move on is to cherish the joyful memories of what was had instead of dwelling with the pain of what is lost.

Life sucks and "happy ever after" lends itself only to fantasy. Happiness in love is a mere promise, not a guarantee.

SPIN POV Like its previous episodes, the recent edition of Point of View by Spin.ph encouraged deep thought when it discussed the topic "Does the Gilas national team still need PBA players?"

It's a loaded question that can be poison or panacea depending on the PBA's level of cooperation. And as recent history has shown, placing trust in that organization can quickly blow up the SBP's best-laid plans.

The indefatigable Snow Badua was "under the weather" when he joined the podcast but he still managed to argue over average when he suggested the MVP group should cease operating PBA teams and redirect its bottomless resources in nurtitung the Gilas pool.

It's a great idea but given that 2023 is just around the corner, associate editor Gerry Ramos had an even better one when he insisted that Gilas still needs the pros who are more experienced and more developed physically.

In the end, unless there is true unity between the MVP and SMC groups, all of this chatter is really just small, meaningless talk.