A NEW group is out to regain lost glory for San Miguel when it faces TNT in the 2022 PBA Philippine Cup Finals.

The Beermen reached the Philippine Cup Finals for the first time since tinkering with a core that was responsible for five straight championships in the league’s most prestigious conference.

The departure of Arwind Santos and Alex Cabagnot left June Mar Fajardo, Marcio Lassiter, and Chris Ross as the remnants of the so-called ‘Death Five’ that won those championship crowns from 2015 to 2019.

Of the current players in the team, nine players were not part of the most recent champion team of San Miguel – the 2019 Commissioner’s Cup where it faced TNT for the crown. Entering this year’s finals, the nine combined for 14 finals appearance, only four shy than Lassiter during his entire career.

Among the nine, Vic Manuel has the most finals appearance with five including in 2015 when Alaska lost to San Miguel in the series dubbed as the ‘Beeracle.’ Only three have won a PBA title each prior to joining San Miguel in Jericho Cruz (Rain or Shine), Rodney Brondial (Magnolia), and Robbie Herndon (Magnolia), while two will make their first finals stint including CJ Perez, the top rookie of 2019. 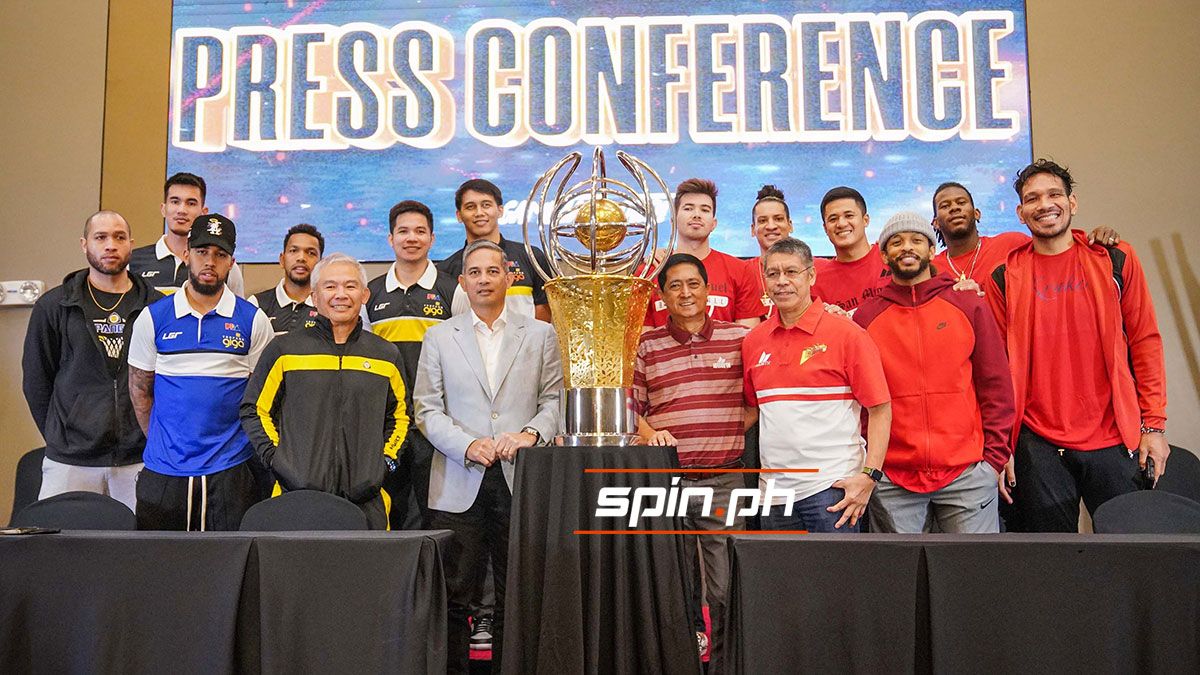 Personalities from the past San Miguel teams can definitely notice the difference with the new guys out to uphold the winning tradition of the franchise.

“The way I see in their body language, they are very hungry,” said San Miguel coach Leo Austria on Friday. “They have something to prove in this series. Everybody wants to win a championship.”

After they lost in their bid for a grand slam in 2019, San Miguel started retooling the team gradually, even in the wake of the season-ending injury of Fajardo prior to the 2020 season. The Beermen broke up the ‘Death Five’ by giving away Santos and Cabagnot, in exchange of Manuel and Simon Enciso respectively, while also acquiring Perez, and Mo Tautuaa in separate deals.

San Miguel then signed Cruz and Brondial earlier this year through the unrestricted free agent market after their respective contracts with NLEX and Alaska expired.

The result was San Miguel returning to the finals after topping the eliminations with a 9-2 win-loss record, and overcoming Blackwater in the quarterfinals and Meralco in a seven-game battle during the semifinal phase.

Ross said the new players bring a different vibe to the Beermen, while giving credit to the holdovers for finding ways to improve during the lean years.

“There are a lot of similarities but there’s a lot of differences too,” said the 37-year-old Ross. “I think what the new guys we have, there is a lot of excitement with the likes of CJ, Jericho, and Rodney. It’s different. It’s like post June Mar-injury.”

“Even June Mar is a different player that he was before. We’ve all evolved. The ‘Death Five’ is a thing of pre-pandemic. It’s not post pandemic. At the end of the day, you just want to win four more days. Then, we can talk more about it [the difference.] The next seven days is going to be tough but we are ready for the challenge I think,” said Ross.

Lassiter said both SMB teams had unparalleled hunger, but the current group can do a lot of things individually for the Beermen.

“It’s safe to assume, the similarities is the hunger. The teams from before and now is really hungry to win it,” the 35-year-old Lassiter said.

“The group that we have now is just a much-deeper team. We have skilled players who can play multiple positions. That’s pretty much a great team to have. We just have to put it all together,” said Lassiter.