ALTHOUGH the Joseph Yeo trade to Barako Bull meant LA Tenorio is likely to stay at Barangay Ginebra, the star guard is keeping an open mind.

Tenorio has seen his name linked to numerous trade rumors over the last months that he has become used to it. So much so that whatever happens, the Gilas Pilipinas hero said he won't be affected, noting that trades are part of a professional player’s life.

“Sanay na sanay na ako 'dun eh," Tenorio told Spin.ph, adding he would rather not think about trades until officials tell him straight that he's on the way out.

No one has talked to him so far, he added.

Tenorio's name has been among those mentioned in trade talks after the assumption of Frankie Lim, who has brought in two new players and gave away four former Ginebra players since taking over from Ato Agustin.

The last to arrive was Sol Mercado through a one-on-one swap with Yeo - a trade that means other guards rumored to be on the trading block, including Tenorio, are likely to be retained although team insiders have told Spin.ph that Ginebra is not done trading.

Tenorio, who is coming off respectable numbers of 10.3 points, 3.8 rebounds and 4.3 assists in the Commissioner’s Cup, said no one at Ginebra has talked to him about a possible move.

But Tenorio said he is not sweating over something he cannot control, noting that trades are the call of management and not the players.

The 30-year-old Ginebra guard also said he will dutifully accept any move when the time comes.

Tenorio and Ginebra begin their title bid in the Governors Cup when it tangles with Alaska on Friday at the Smart Araneta Coliseum. 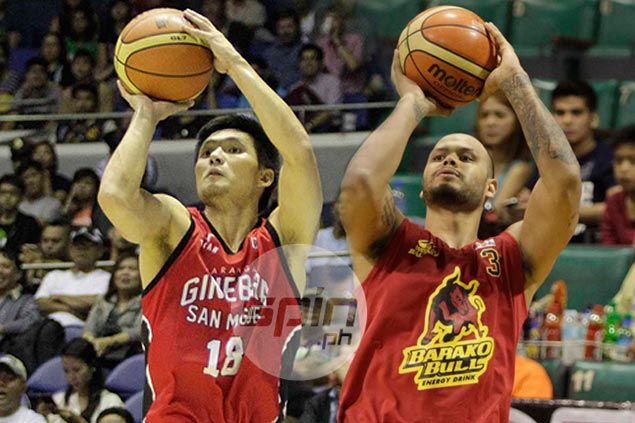