LA Tenorio insisted he didn't overreact after Terrence Romeo hit him in the midsection after a box-out play that marred Ginebra’s 96-85 win over GlobalPort in their PBA Commissioner’s Cup quarterfinal matchup on Tuesday night.

The hit caused Tenorio – although belatedly – to fall to the floor in pain, resulting in a heated exchange that ended with Romeo getting called for flagrant foul 2 and thrown out.

Tenorio, though, admitted there was a bit of overreaction – but only because of being surprised by what Romeo did. 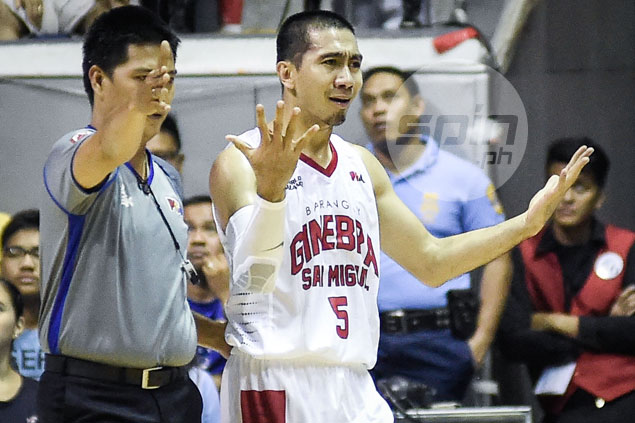 Aware of the social media chatter about the incident, the 32-year-old playmaker refused to get affected by it as he turned his sights to the Final Four against either TNT Katropa or Meralco.

“I’ve been playing more than ten years in the league. I’ve been in a lot of battles like that. Hindi ko na papatulan yang ganyan,” Tenorio said. “The most important thing now is we’re in the semis. We’re going to focus on the next game.”

Tenorio, who finished with 12 points, eight assists, three boards, and one steal in 31 minutes, insisted he’s not a dirty player, and was simply trying to play hard-nosed defense on Romeo, probably the reason why the Globalport superstar, he felt, reacted the way he did. 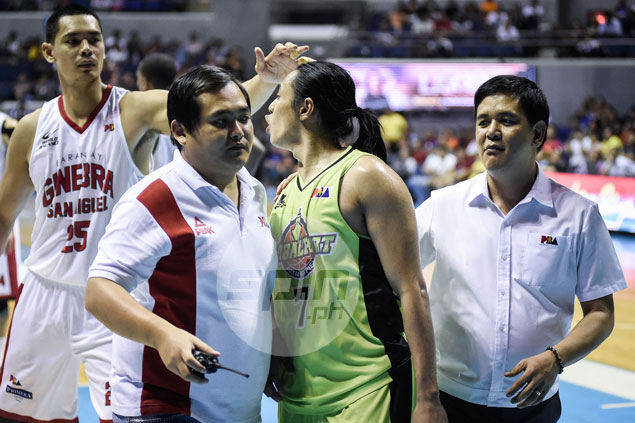 Tenorio gave his two cents’ worth to his Gilas 4.0 pool teammate.

“Nandun pa rin yung respeto ko sa kanya as a player,” Tenorio said. “He’s an icon; he’s an idol sa basketball. Siguro as a kuya, I think if you’re frustrated, after the game na kayo mag-retaliate or whatever. My advice lang is really as a kuya, nakikinig naman siya sa akin eh.”

“He’s a great player, a very talented player,” he added. “Dapat yung mga ganung bagay kasi, a lot of kids, a lot of people are watching him. He’s one of the faces of the PBA. Dapat ingat din siya sa mga ganung act of dirty…he’s not a dirty player, kaya nagulat kami.”