Kiefer handler on PBA issue: ‘Hopefully, there are compromises’

THE sports management agency that handles Kiefer Ravena hopes to find a middle ground between the PBA and the star player, whose bid to play in the Japan B. League was stymied by the league Board due to a live contract with NLEX.

Ilocos Norte Governor Matthew Manotoc, part owner of the Espiritu-Manotoc Basketball Management (EMBM) along with Marvin Espiritu, is keeping his fingers crossed the top brass of Asia’s pioneering pro league will keep an open mind about the latest issue.

“Hopefully, there are compromises and concessions that can be made sa mga players natin,” said the 32-year-old public official upon gracing Tuesday the online edition of the Philippine Sportswriters Association (PSA) Forum.

Being the handler of some of the league’s marquee players such as Japeth Aguilar, Poy Erram, Jason Perkins, Matthew Wright, and top rookies Mickey Williams, Alvin Pasaol, Leonard Santillan, among others, Manotoc said it’s logical that he would always look for the welfare of their clients.

In a way, he understands where the league is coming from, but he still thinks both parties could have met halfway.

“I think the PBA, hopefully, can consider the player and his welfare and his financial career.”

Last week, the Japan B. League's Shiga Lakestars announced on social media the signing of the 27-year-old Ravena.

But the 6-foot guard out of Ateneo also just recently signed a three-year contract with the NLEX Road Warriors, making him ineligible to play for other teams outside of the PBA.

Just three days after the announcement, the PBA Board put its foot down and said Ravena is not allowed to play elsewhere. 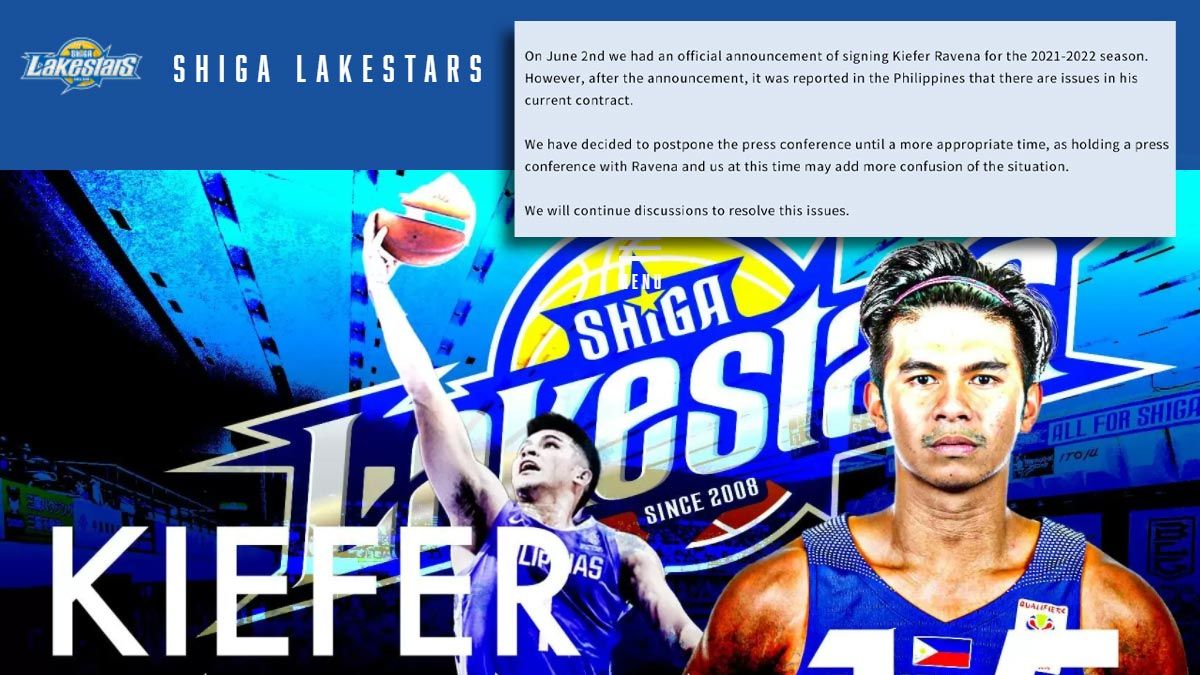 The league later sent a formal letter to the Japan B. League informing it about the live contract of Ravena with the Road Warriors.

Similarly, the Lakestars decided to call off the scheduled Monday press conference for Ravena’s signing so as to avoid ‘adding to confusion.’

Nevertheless, the Japan-based ballclub said ‘it will continue discussions to resolve this issue.’

Manotoc hopes for the same.

“I hope the rights of our players can also be at the forefront,” stressed the governor, who added there's so far no update on the issue.