KIB Montalbo has sustained his stellar play this conference on Wednesday with the TNT guard another key factor on both ends of the court for the Tropang GIGA.

The sophomore guard set a new career-high 22 points while also pouring in five rebounds and three assists, as well as the much-needed energy for his team in their 102-92 win over NorthPort at the Don Honorio Ventura State University (DHVSU) gym in Bacolor, Pampanga.

Montalbo’s scoring was seven points short of his backcourt partner Mikey Williams, who exploded once again with 29 on Wednesday.

“Kib has been putting in the work,” TNT coach Chot Reyes said. “The work that he puts in practice, extra shots, spending time in the weights room, extra conditioning. I think it is showing on the basketball court.” 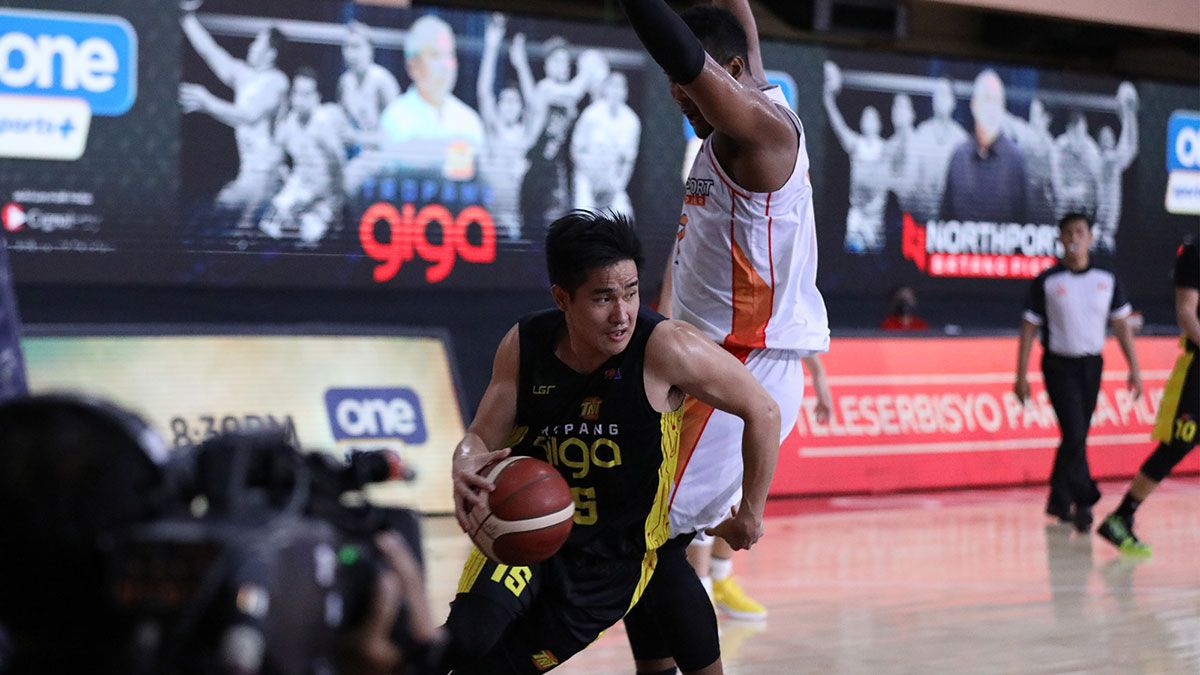 Williams praised his teammate for providing the intangibles and the big lift for TNT.

“Kib is a dog. Just a dog,” said Williams, who has been sharing the backcourt duties with Montalbo as a starter as of late. “He is giving us that little needed energy spark that we need day in and day out, picking up 94 feet, picking on most of the time the best challenges that we have. He is holding his own and is doing really well. I applaud him. He is going to continue to get better.”

Not just scoring for Kib Montalbo

Aside from offense where he has also scored 13 points in two occasions this conference, Montalbo continues to display his intense defense which has been his hallmark since his college days with La Salle, making NorthPort players from Robert Bolick to Jamie Malonzo earn each possession.

Williams said Montalbo’s energy rubs off on the entire squad which has been a big reason for TNT’s success in the conference where the Tropang GIGA secured a twice-to-beat advantage in the quarterfinals with the win over NorthPort.

“We are all pushing each other and finding ways to get it done and we have a great leader in coach Chot leading the way. He is also making things easier too,” said Williams.

“We want to have guys that we can count on who can deliver and who can step in when certain players are defended well or not making their shots. Hopefully, we can still continue that,” Reyes said.