KIB Montalbo and Aljun Melecio became good friends at La Salle, their bond extending to their studies where they became thesis partners.

And as Melecio begins his quest to make it to the PBA, he feels lucky to still have the TNT defender by his side.

Montalbo's own experience is a huge help for Melecio, especially now that it's the latter's turn to go through the wringer in the upcoming PBA Rookie Draft. 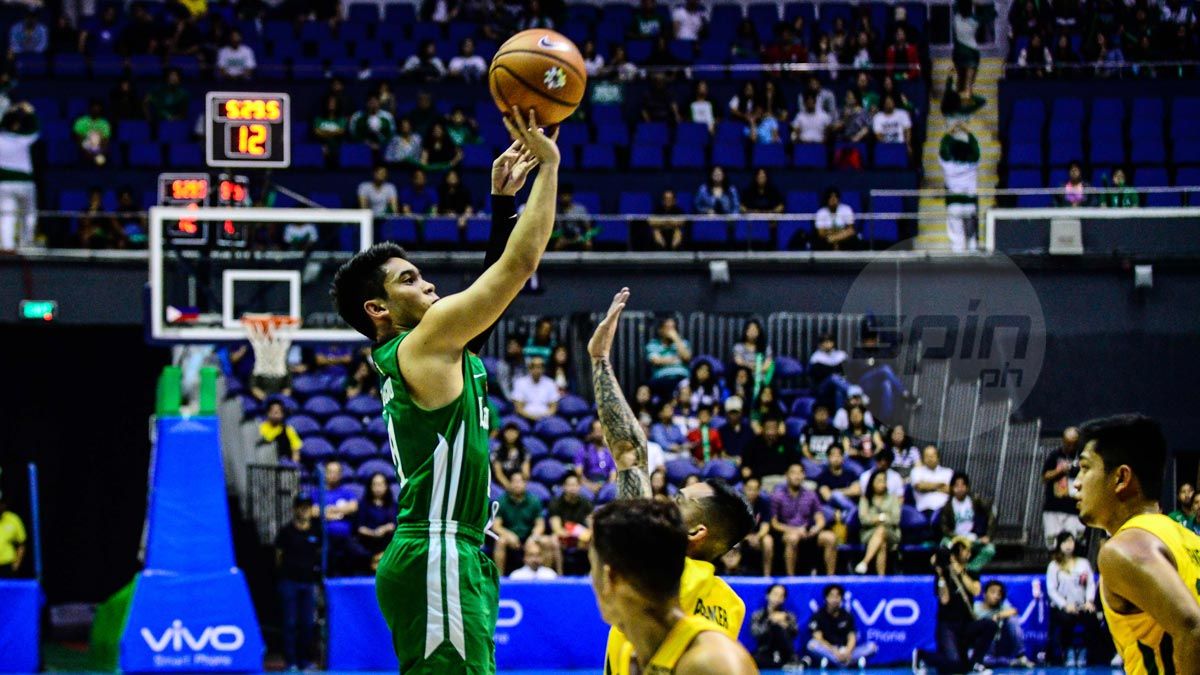 At 5-foot-8, the Valencia City, Bukidnon native acknowledges the tougher climb he has to endure just to make it to the pro league.

But if there's a ray of hope he can cling on, it's Montalbo who at 6 feet flat was taken by TNT in the first round of the 2019 PBA Rookie Draft.

Montalbo made his PBA debut inside the Clark bubble, providing pesky defense that was worth more than his 1.3-point and 1.0-rebound average for the Tropang Giga in the 2020 Philippine Cup.

It's these nerves of steel which Montalbo is hoping Melecio possesses too as he embarks on this new chapter of his basketball journey.

The draft is a nerve-wracking experience for any rookie hopeful, and Melecio is no exception. But like what he learned from his pal and former teammate, it's all a matter of handling your nerves.