KEVIN Louie Alas has suddenly found himself in the spotlight with an emerging performance on the court for NLEX and a blossoming love life on the side.

Alas was the center of attention last Friday for two good reasons – shaking off a profanity-laced tirade by coach Yeng Guiao to steer NLEX to a 122-114 win over Rain or Shine and that viral post-game interview with courtside reporter Selina Dagdag.

That video - capped by an Alas peck on the cheek of his girlfriend – got thousands of views on social media almost immediately, with fans giving the couple the #AlDag branding - a play on the #AlDub phenomenon on a famous noon time show a couple of years ago.

For the shifty combo-guard, if it makes the people happy then so be it.

The former Letran star makes no effort to hide the reasons behind his emergence after largely underachieving in two-and-two-thirds seasons as a pro.

While on a physical aspect, his high level of play can be attributed to his intense preparation and unadulterated hard work, he admits that having ‘someone’ to play for helped, too.

As an old adage says, love is indeed one powerful force.

“Malaking bagay din kasi, I remember Coach Yeng used to say na you have to play for something other than yourself,” Alas continued. “For God, for your family, for your girlfriend. Part talaga siya ng inspiration ko. Parang it makes me or inspires me to play better.” 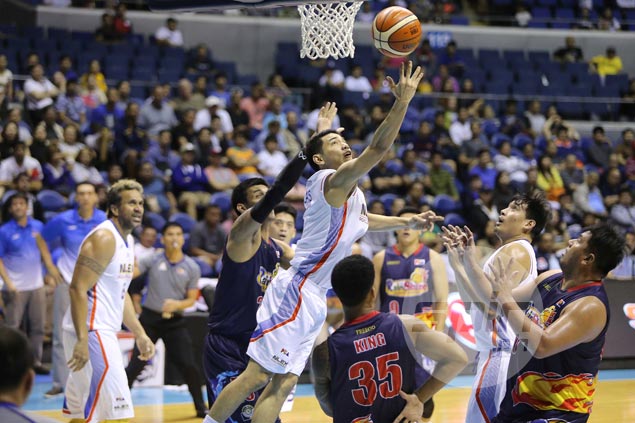 The secret to the relationship, according to the second overall pick of the 2014 PBA Rookie Draft, was finding a common ground between him and the lovely courtside reporter.

“What’s going well for both of us, we’re doing all things in life in a God-centered way. Yun yung napag-usapan namin before we went into this relationship, na kailangan God-centered talaga so we can inspire more people,” he added.

Asked on what’s harder – preparing and conditioning himself to play on a high level on a daily basis or finding a way into his girlfriend’s heart, Alas didn’t think twice.