[Editor's note: Fourth of a series]

IF there's one team that never holds back in showing its appreciation to its players, it's definitely Alaska.

The franchise has made it a habit of honoring players who donned their colors proudly with retirement ceremonies at the end of their PBA careers.

Heck, the Aces even named the team's 30 Greatest Players when they celebrated their 30th anniversary in 2015.

And it shouldn't come as a surprise that six players had the honor of having their jersey numbers retired by the team, tied for the most among current PBA ballclubs.

Unlike San Miguel though, Alaska's jersey retirement ceremonies are all official.

The first to get the honor was three-time PBA MVP Bogs Adornado, who saw his No. 33 jersey retired in 1988.

Although he spent his prime with Crispa, U-Tex, Great Taste, and Shell, it was with the franchise, then named as Hills Bros, where the Batad, Iloilo native called it a career.

It took 13 years before the next player was feted, with resident import Sean Chambers seeing his No. 20 sent to the rafters in 2001.

Spin.ph, though, believes that the list should be expanded as we picked three more individuals who also deserve to get their jerseys retired. 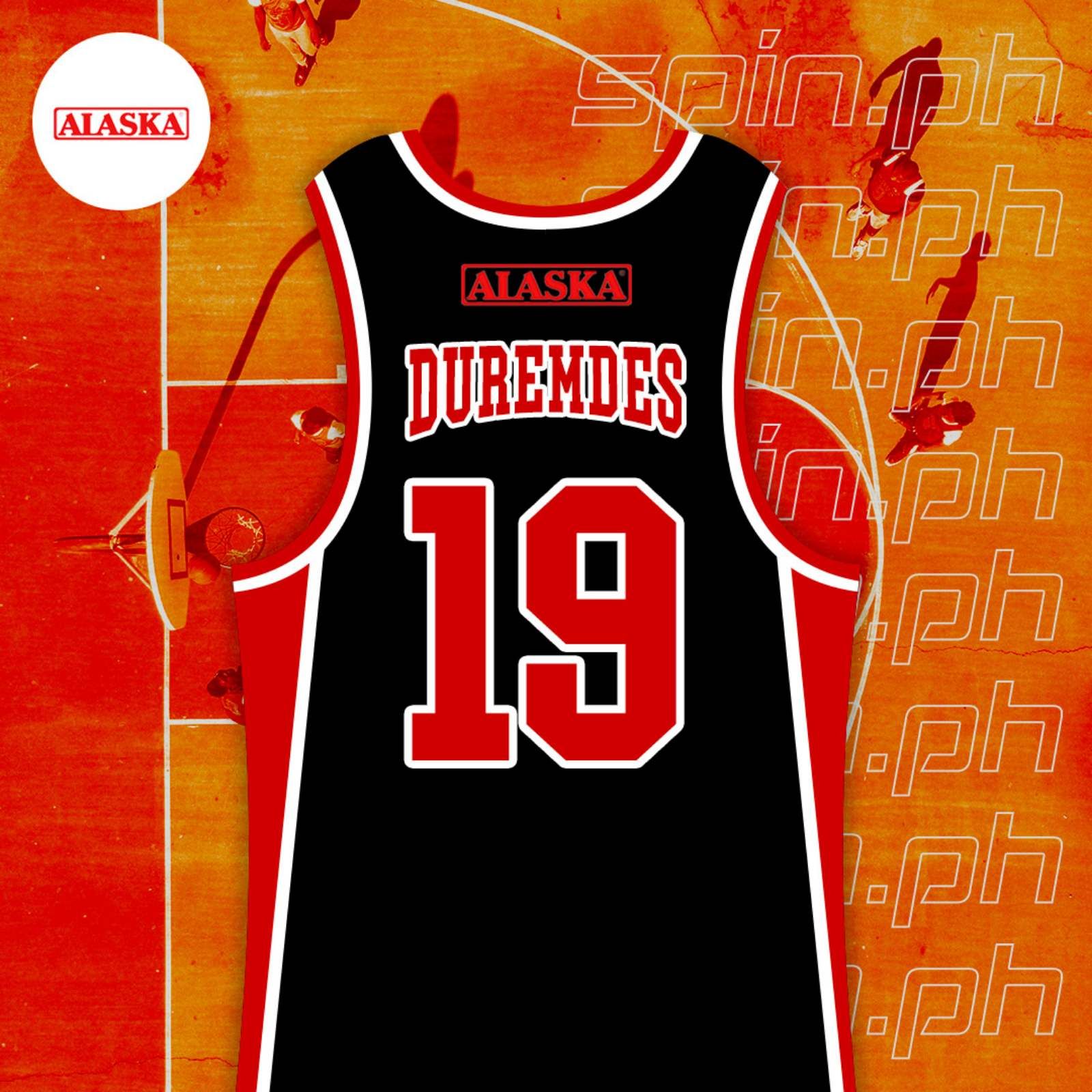 Already one of the top players in the league, Duremdes was a perfect fit for the Milkmen when he arrived together with Jack Tanuan from Pop Cola in a 1997 trade for Dwight Lago and Boyet Fernandez.

He was touted to fill the spot left by Cariaso when the latter was dealt to Mobiline and boy, was he an instant impact. Duremdes immediately flaunted his wares for Alaska, helping it claim the 1997 Governors' Cup crown - its first title since the Grand Slam in 1996.

But it wasn't until next season where Duremdes truly showcased his might, powering the Milkmen to the championship in the first two conferences, where he was also named as the Finals MVP in both instances.

Poised to win another grand slam, those dreams were not to be as Duremdes was tapped together with Abarrientos and Lastimosa for the Philippine Centennial Team for the 1998 Asian Games in Doha, where Tim Cone was also the coach.

Duremdes, though, was hailed as the MVP at the end of the 1998 season.

He did win another crown in the 2000 All-Filipino Conference while also being named among the 25 Greatest Players of the league's first 25 years.

Two years later, Captain Marbel was surprisingly dealt to Sta. Lucia in exchange for a pair of future draft picks, ending his five-year run with the Aces.

The No. 19 has been untouched in Alaska until 2017, when LaDontae Henton used the number in his second tour of duty in the Governors' Cup.

Rookie Jaycee Marcelino also picked it to be his number starting this 2020 season. 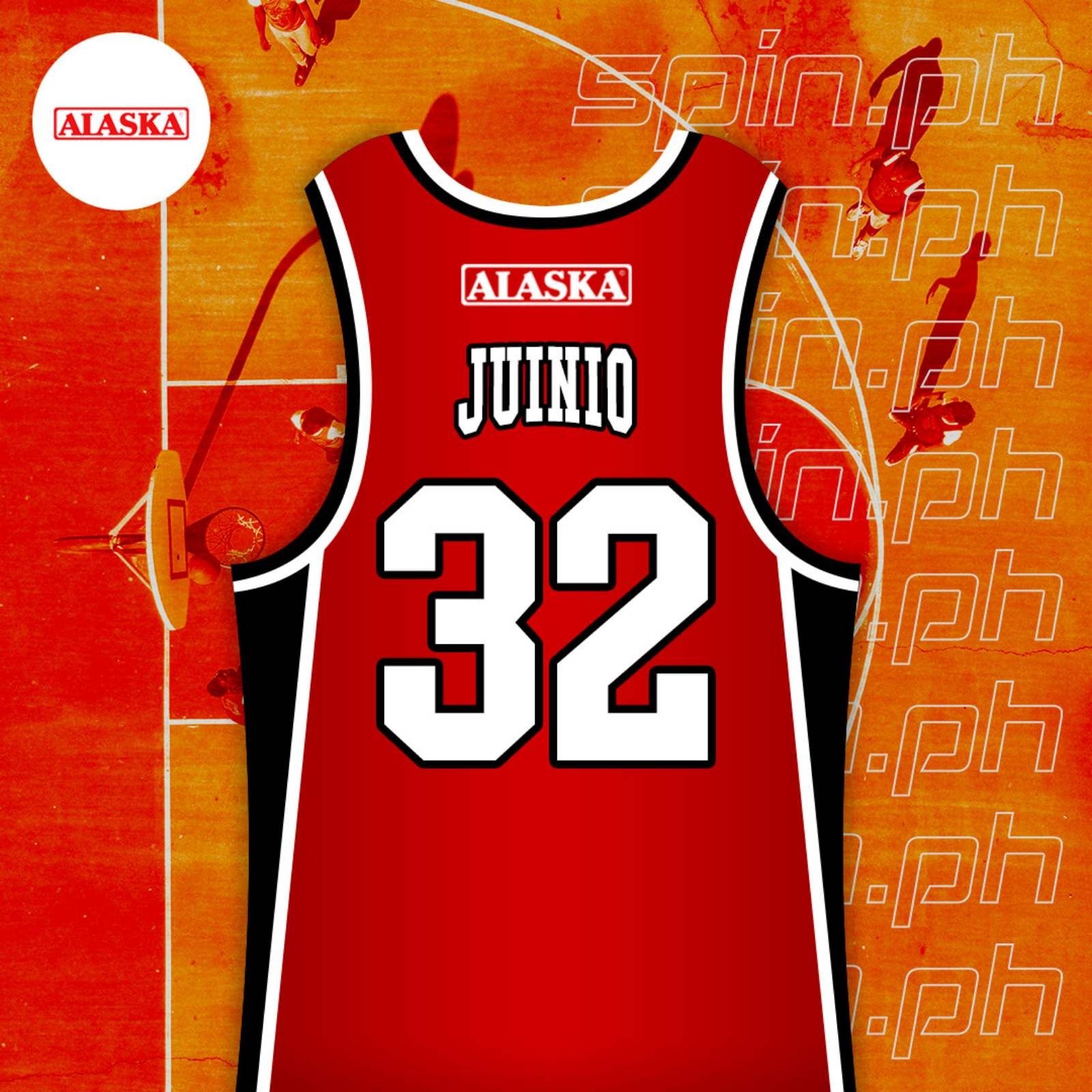 For all the grandeur that the 1996 grand slam brought to the Alaska franchise, it's surprising that Juinio is the lone starter who hasn't gotten his due.

After all, undersized as he may at 6-foot-5, the former University of the Philippines Fighting Maroon gave Alaska stability in the center position and was named as the league's Most Improved Player that season.

Picked fifth in the 1994 PBA Draft, Juinio spent his first six seasons with the Milkmen before he and Abarrientos were shipped to Pop Cola in 2000 in exchange for Ali Peek and Jon Ordonio.

But after being released by Talk 'N Text in 2006, Juinio came back to Alaska and was a part of the 2007 Fiesta Conference title crew.

That victory made Juinio a member in 10 of Alaska's 14 championships, making him the most decorated player of the franchise - one crown better than the much-celebrated Abarrientos, who only owns nine rings with the Aces.

He eventually called it a career in 2008. Yutien Andrada has been using the number since signing with the team in 2017. 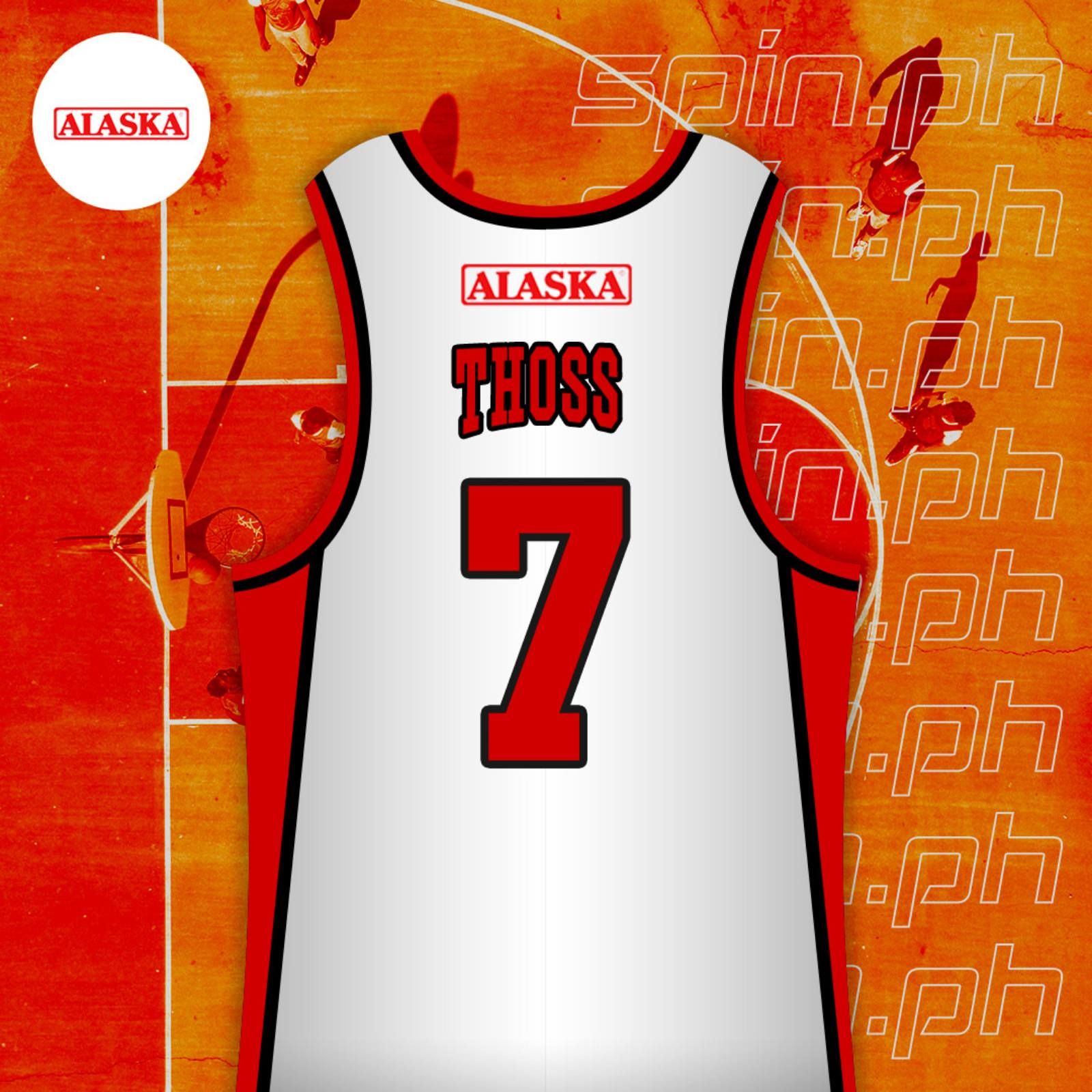 This one's a given.

Alaska has already announced that it would retire Thoss' number when he calls it a career this season.

And why wouldn't they? The fifth pick of the 2004 PBA Draft was a real game-changer for the franchise, giving the Aces a reliable big for the better part of the last two decades.

Thoss was a key cog in three championship runs and was even named as the Finals MVP in the 2013 Commissioner's Cup -- the franchise's most recent title win.

Aside from that, the Papua New Guinea-born center is a picture of consistency, earning his place in the Mythical First Team twice and Mythical Second Team four times, on top of numerous national team call-ups, the last in a silver-medal finish in the 2015 Fiba Asia Championship in Changsha.

It's truly quite of a career for "The Boss."

"The Thriller" arrived at Alaska in 2006 as he and John Ferriols were shipped from Talk 'N Text in exchange for Don Allado.

Less than two years since that trade, Miller got back at his old team as he led the Aces to the 2007 Fiesta Conference title over the Phone Pals in seven games where he was named as the Finals MVP. At the end of the season, he also claimed his second Season MVP award.

The Olongapo-born Miller only spent four seasons in Alaska before he was traded to Ginebra in 2010 in exchange for Cyrus Baguio.

He did wear two digits in his time with the Aces. 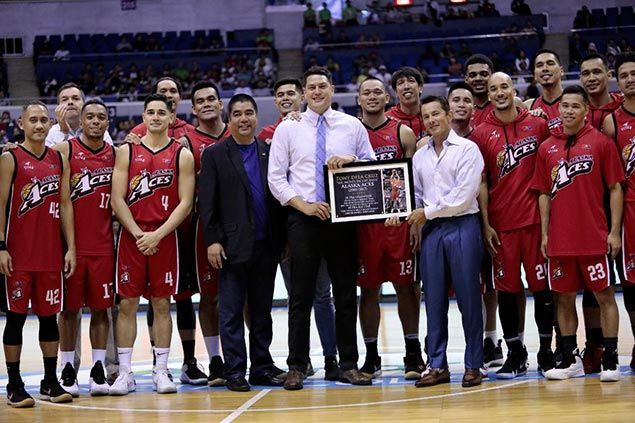 Acquired from the disbanding Shell in 2005, Dela Cruz was the embodiment of a blue-collar worker for Alaska as he provided quality minutes in the 12 years he played there.

The 6-foot-5 Fil-Am forward from West Covina, California was a key piece in three titles for the Aces, with his versatility coming in handy whenever he checks in the game.

TDLC hung his sneakers for good in 2017, but stayed with the franchise in an assistant coaching capacity, a role he still holds until now under head coach Jeffrey Cariaso.

Think we missed anyone? Hit us up in the comments section on who you feel also needs to see their jersey retired by Alaska.