Kelly Williams turns back clock in TnT romp over Magnolia

KELLY Williams played his finest game since coming out of retirement as TNT defeated Magnolia, 83-76, to stay unbeaten in the 2021 PBA Philippine Cup on Sunday at the Don Honorio Ventura State University gym in Bacolor, Pampanga.

The 39-year-old Williams, returning to TNT after a one-season hiatus, had 13 points, 15 rebounds, and three blocks, all conference highs, as the Tropang GIGA closed in on a place in the quarterfinals by beating one of the season's best teams. 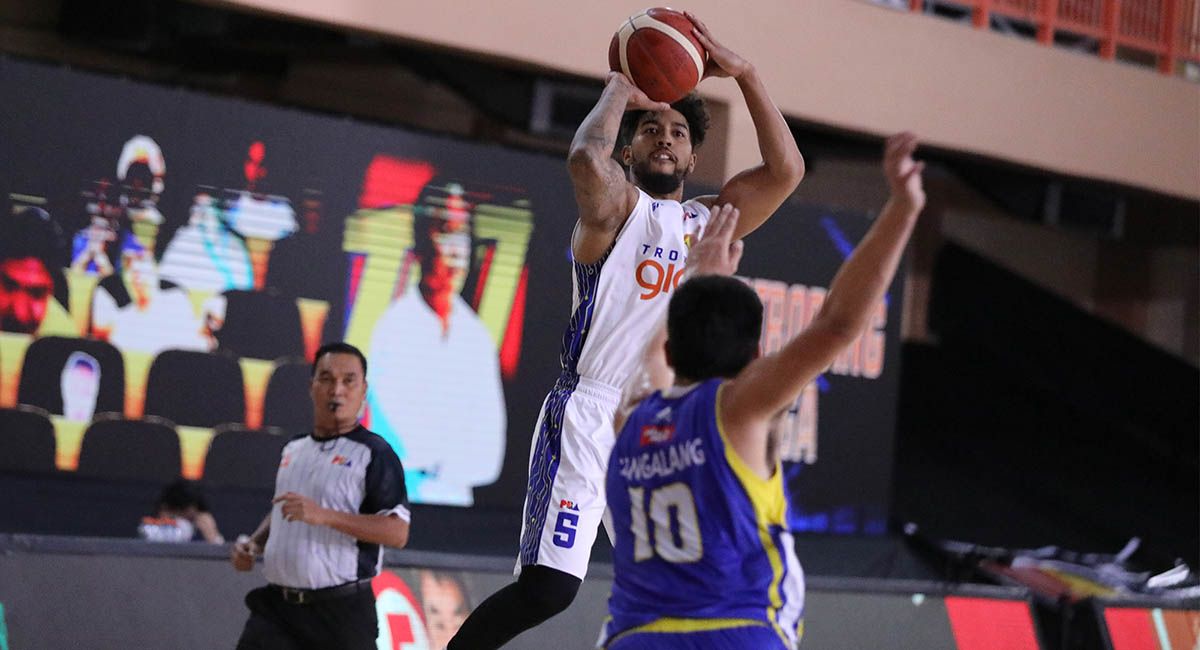 Magnolia fell to 5-2 in a share of second place with Meralco after losing two of three games in the PBA restart.

Kelly Williams broke the momentum of a rallying Magnolia side when he scored a three-pointer to beat the third-quarter buzzer, giving the Tropang GIGA a 59-52 lead.

Williams hit another three, this time beating the shotclock buzzer to cap a 7-0 blast, as TNT increased the lead to 12, 66-54.

Williams said the Tropang GIGA knew they had to earn the win against a Magnolia side known as one of the best defensive squads in the league.

“We know that they are a hard pressing team and they have a lot of active guards and their bigs are very aggressive and skilled,” said Williams, who was a perfect 3 of 3 from three-point distance.

“We had our hands full coming in and we just want to focus on making sure we are smart with the ball, making the right decisions and getting the ball as much as we can.”

TNT coach Chot Reyes has started a conference 6-0 for the first time in his long PBA carer, but he insisted there is still room for improvement for the Tropang GIGA.

Castro led TNT in scoring with 17 points, while Mikey Williams finished with 14 points. Pogoy chipped in 12 points and five rebounds for the Tropang GIGA.

Calvin Abueva had a game-high 23 points for Magnolia. Paul Lee added 13 points but spent most of the second half on the bench after inadvertently colliding with teammate Rafi Reavis.