KELLY WILLIAMS is looking to make up for lost time with TnT Tropang Giga especially during the time when he suddenly decided to retire from playing in the PBA.

The 6-foot-6 Fil-Am admitted missing his teammates when he was on a playing sabbatical and how he felt letting them down particularly during the Philippine Cup finals at the Clark bubble when the Tropang Giga had to play Barangay Ginebra with a roster that was shorthanded with injuries.

It was hard for Williams watching how TnT struggled to battle the Kings on even terms, injuries and all.

“Watching the finals, man I wish I could be there. I really felt disappointed within myself. It was like sitting on the sidelines watching on the soldiers lose a battle, lose a war. That was tough for me,” disclosed the 39-year-old veteran to former PBA Commissioner Noli Eala in the Power and Play program on Saturday.

The woeful sight of seeing his team lose like that was a part of Williams’ motivation to come out of retirement, aside from having the chance again to play under his long-time mentor Chot Reyes, who’s making a coaching comeback with TnT.

Williams didn’t deny the 57-year-old champion coach, credited for bringing him to the country to play for the Philippine men’s team in 2004, and later in the PBA, was the one who convinced him to unretire shortly after the former was named to handle anew the flagship franchise of the Manny V. Pangilinan group. 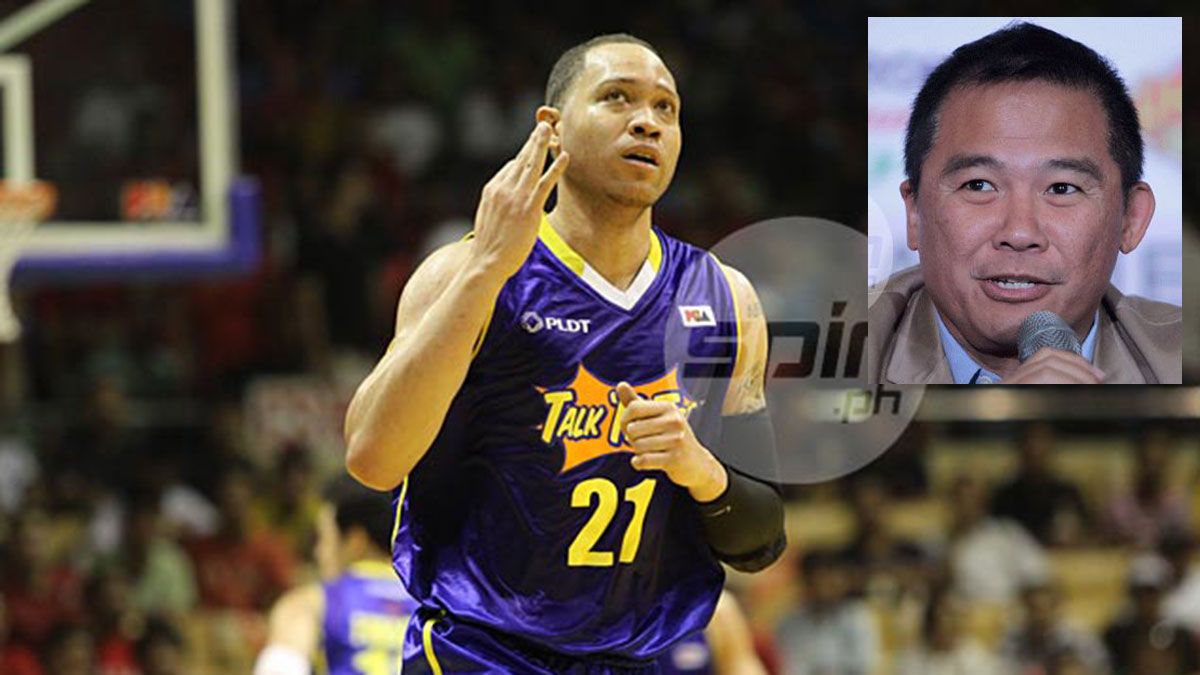 His old teammate Ryan Reyes was the first one to break the news to him from as far as California, although Kelly initially thought it was nothing but a joke.

But when he was asked by the veteran TnT guard to check on the news, Williams began to feel strange.

And by the time he looked for his phone and began reading messages, one of them was from his beloved coach.

“When I checked my messages, there was one from Chot and it said ‘are you ready to come back?’” Williams recalled of the moment.

“Literally from that minute on, I started to weigh everything up. Let’s see how we might be able to do it,” he said. “One hundred percent with Chot coming back, that’s what pushed me to the edge.”

Williams later had dinner with Reyes, talked about the expectations his coach has in him, and later on, officially came on board by signing a two-year contract with the franchise.

But almost half a year ago, the atmosphere was entirely different for Williams.

As the Tropang Giga were preparing for the all-Filipino Cup bubble at the Inspire Sports Academy, the Fil-Am from Detroit reportedly left the team’s training camp in Laguna, and in matter of days, made a surprise announcement on social media that he’s finally walking away from the game he loves most.

Williams didn’t get into exact details about that possibly ‘spur of the moment’ decision, but hinted it might have something to do with his playing contract and his role with the team.

"People who have been around basketball, PBA in particular, understand that it’s a business. I’ve seen a lot of players come and go, and got the short end of it,” he stressed.

Williams refused to be specific about it, so as not to ‘seemingly throw anybody out of the bus.’

“There was just some disagreements and some things that I wasn’t happy with at the time,” he added.

On the court, Williams also said he was not happy the last several years with how he’s being played as a player.

“So when the business side of the things got a little murky, for me it was maybe its time to get myself out of the way. It was like kind of tearing me apart inside,” he said. “I felt it was the best decision for me then to leave it all alone together.”

But at the same time, Williams admitted he didn’t handle the situation well and thought there was a better way to go about it.

“With that said, I just want to make sure it didn’t get any worse. Yes, I made a rash decision, but I pulled out for the sake of not making it worse for myself and for everyone else,” he added.

With all that water under the bridge, Williams is looking for a new beginning with the franchise that has been home to him for more than a decade.

And a reunion with Chot is what makes him even more optimistic.

“This is the first time in a long time that I’ve been excited about basketball. It’s a difrerent kind of feeling, a fresh feeling,” he said. “I’m just looking forward to being out there with my guys, being able to play fully and see what happens.”
___