Team manager Gabby Cui said the Katropa were just as shocked as everyone else when the 38-year-old Williams announced on Monday through his social media platforms that he’s finally calling it a career.

Nonetheless, Cui said the 6-foot-6 veteran will always have the support of the franchise.

“It was unexpected, but we respect his decision,” said Cui in a short message from the Inspire Sports Academy in Calamba, Laguna where TnT is in its final day of their two-week training bubble.

The TnT official said the Katropa regard Williams as a key player in their rotation this season that management signed him to a contract extension until the end of the year along with young guns Samboy De Leon and Almond Vosotros.

Williams however, wasn’t with the team at the Inspire Sports Academy, although the TnT team manager didn’t mention the reason behind it.

But the franchise will forever be grateful to the Fil-Am big man, who played the last 10 of his 14-season PBA career with the Katropa, winning five championships along the way.

“We would like to thank Kelly for everything he has done for TnT Katropa,” said Cui. 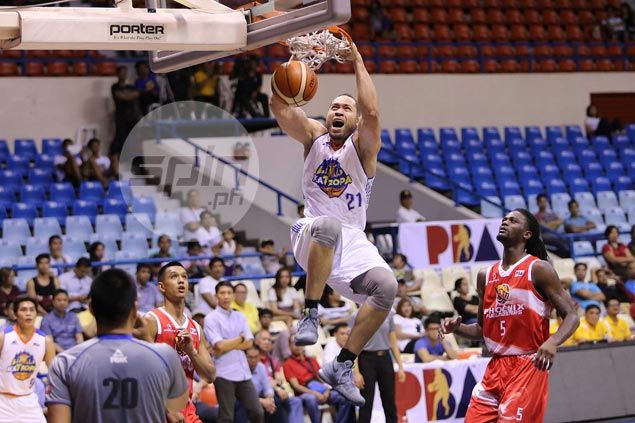 In his retirement message, Kelly, the 2008 MVP, made special mention of TnT Katropa, thanking the MVP Group's flagship franchise for extending his career.

"To the coaches and teammates who lifted me up time and time again, I know it wasn't easy. Thank you. I love you guys," said Williams.