Nabong on NorthPort: 'I'd rather be here than anywhere else other than SMB'

KELLY Nabong is moving on from his unceremonious exit with San Miguel, saying he will play his very best with a NorthPort team that he has come to regard as his second home.

Nabong said he is no longer dwelling on the practice fight that led to his indefinite suspension at San Miguel late last season - and eventually the offseason trade that sent him to a third tour of duty at NorthPort.

Instead, the 31-year-old is looking to start afresh with the Batang Pier.

“Obviously, I loved to stay with the San Miguel Beermen,” Nabong told SPIN.ph. “I would love to stay there. But certain circumstances happen. This is the best of a worst situation. I’ve been here before. I know the management. I know the coaching staff. I know most of the players. I'd rather be here that anywhere else other than San Miguel.” 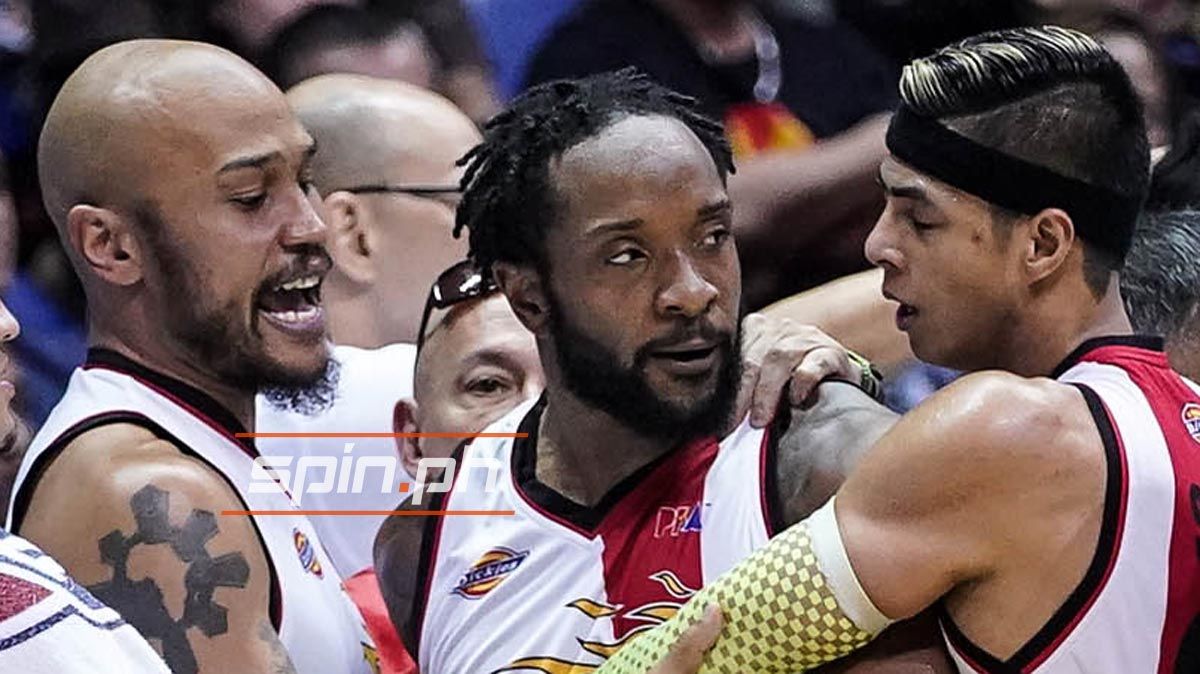 “Everything happens for a reason. You never know. I might be back there. You’ll never know,” the Fil-American big man added.

Nabong declined comment on the events that led to his parting of ways with the Beermen, beginning with the practice fight where he sided with Dez Wells against Arwind Santos and Ronald Tubid.

Nabong, Santos, and Tubid were later suspended indefinitely by the team, while Wells was replaced. Months after the November incident, Nabong was traded to NorthPort in exchange for Russel Escoto.

“It’s a great team to be on. It just so happened that something happened and we will just leave it at that,” said Nabong.

“This is my second home. The management treats me like family, the coaches treat me like a family, and I do the same for them. I treat them as if I know them for 20 years. It’s a great feeling coming to practice knowing everybody is going to compete. And if you come to practice and work hard, you are going to play,” said Nabong.

“Nothing is given to you. Nothing is spoon-fed to you. You have to come here and work and you’ll get the playing time. You just can’t work and expect to get something. It doesn’t work like that. That’s why I like this team. Hardwork pays off in this team,” he added.

Nabong is also thrilled to team up with his former teammate at San Miguel, Christian Standhardinger.

“Me, Christian, Sean (Anthony), Garvo (Lanete), you’ve got Nico Elorde, you have a lot of nice, talented rookies. We got LA (Revilla) coming back from injury. We have a good line-up. And don’t forget, we have [Robert] Bolick coming back next conference. That is a great 1-2 punch. Coming off the bench, starting, wherever it is. We have a great team that will try to compete,” said Nabong.