Cone pointed out he had zero assists in Game 2. Here's how Brownlee responded

WHILE he has been scoring in bunches, Justin Brownlee hasn’t particularly dished out assists against Meralco in the PBA Governors' Cup Finals. He had a grand total of one assist in the first two games - and none in Game Two.

Sunday was a different story.

Brownlee scored 24 points, brought down nine rebounds, and dished out nine assists to lift Barangay Ginebra to a 92-84 win over Meralco in Game Three and a 2-1 lead in the best-of-seven championship series.

Brownlee said he made the necessary adjustments simply by making an effort to get his teammates involved after being informed by Barangay Ginebra coach Tim Cone that he had zero assist in Game Two.

“Coach had a talk with me and told me I only had one assist in the past two games and I’ve been averaging about six or seven or something like that. I really wanted to focus on getting guys going, try to get guys open looks and always try to focus on defense,” said Brownlee. 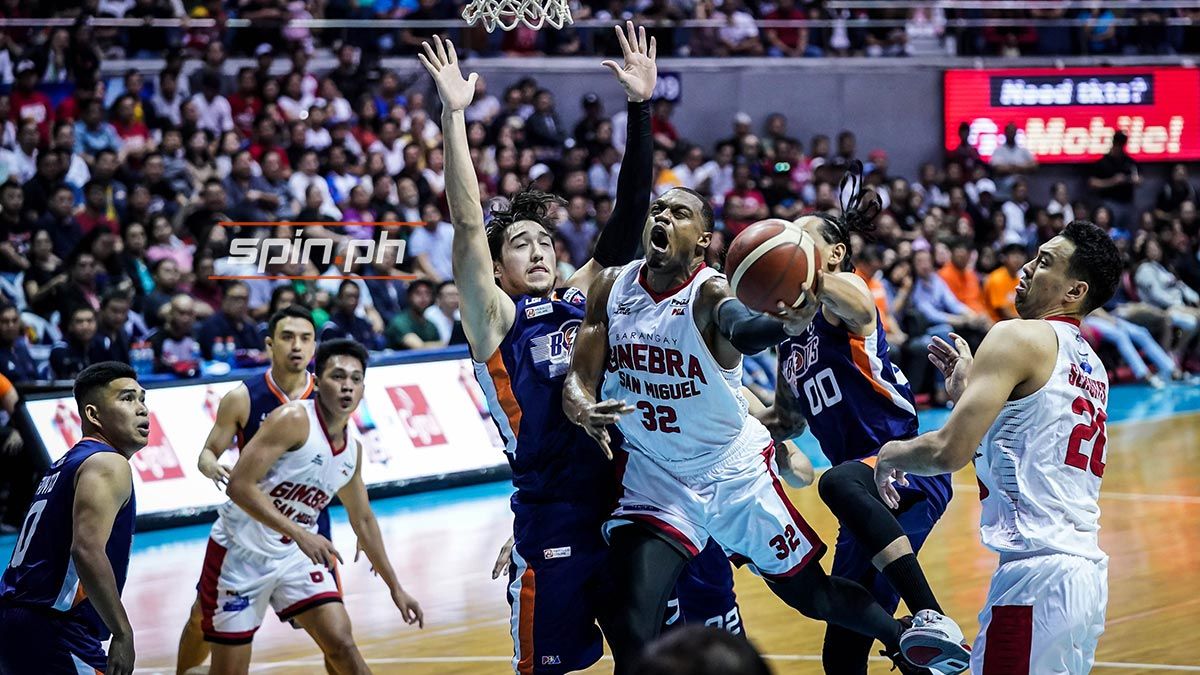 There was actually no need to remind Brownlee about his assists numbers, or lack thereof, according to Cone, who said it was all over social media.

Cone said Brownlee’s lack of assists numbers wasn’t because of a lack of willingness by the Ginebra import to share the ball.

“It’s two-fold. One is that Meralco was keeping us out of rhythm. The ball wasn’t moving like we want to see it move. We weren’t creating assists. We had four assists in the first half in Lucena. And we haven’t done that in years,” said Cone.

“The other thing is Meralco has done a really good job of not allowing Justin to create by breaking down the defense. They’ve stayed in front of him; they’ve used [Allen] Durham as the main weapon against him.

"They are just not giving him much penetration. When you can’t get penetration into the defense, it’s hard to create assists. Plus, we haven’t been on the fastbreak,” Cone said.

Ginebra regaining control of the pace of the game contributed to the rise in Brownlee’s numbers in assists, Cone said.

Brownlee said he is not focused on his assists numbers or his statistics for that matter. But Brownlee said he always look to maintain a certain level of aggressiveness in order to help the team.

“I was unaware until coach told me. It’s something that I try not to really focus on, stats or getting assists, or things like that. I do love getting my teammates open shots and things like that but I try to be aggressive and take whatever the defense gives to me,” said Brownlee.