JUNE Mar Fajardo has been discharged from the hospital after undergoing surgery in his throat that will keep him out for four weeks.

San Miguel coach Leo Austria said the team is expecting Fajardo to return come playoff time due to the injury which he sustained in a game against Rain or Shine.

With Fajardo out, the Beermen were trounced by Bay Area, 113-87, to fall to their second game in four outings.

Austria said Fajardo needs time to recover as he is not allowed to even speak due to the injury.

Turning serious, Austria said the absence of Fajardo took its toll on the Beermen as they were unable to contain big man Liu Chuanxing.

Austria is hoping that the Beermen can hold their ground in the absence of Fajardo during the elimination round and in time for the playoff run. 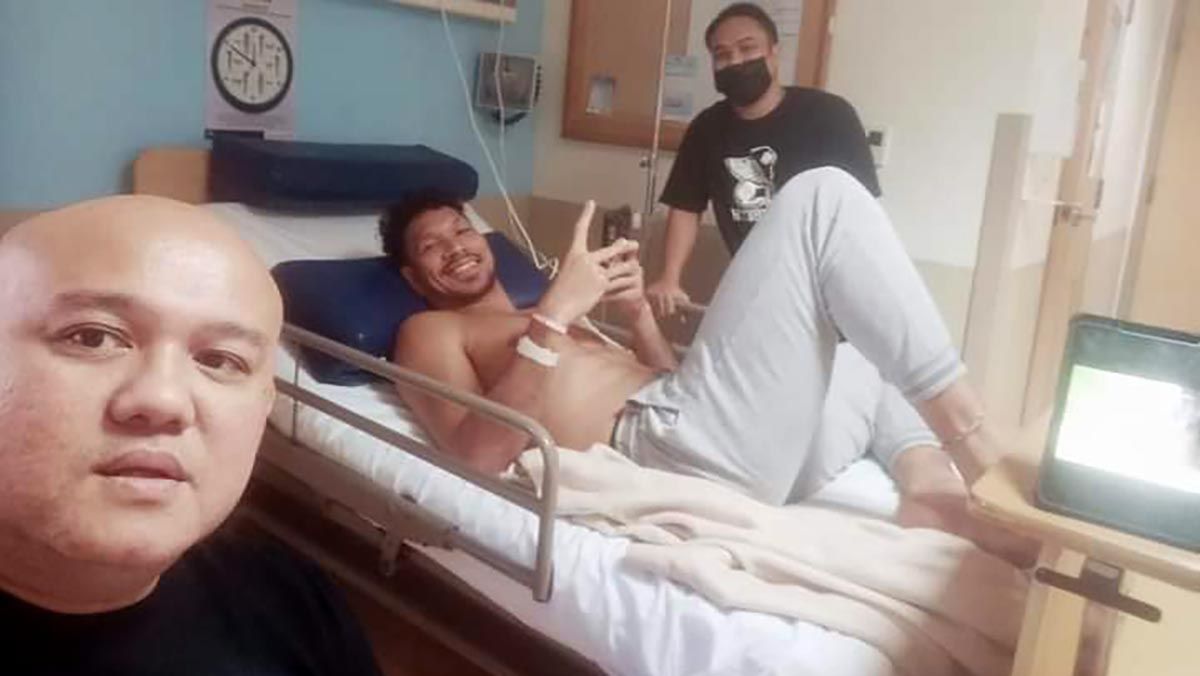 It won’t be easy though, said Austria, as the Beermen will play four games in eight days next week.

“We are hoping na in our next nine games, at least makuha namin ‘yung 70 percent or 60 percent in order for us to get into the quarterfinals and it will be a different story because June Mar, after four weeks, I think he will be okay. Come playoff time, he will be okay,” said Austria.

“The challenge is for us is to get into the playoffs,” he added.