HE is considered the most dominant big man in the pro league today, but San Miguel sophomore June Mar Fajardo admits he sees a threat looming just ahead.

The 6-foot-9 Fajardo admitted the Ginebra rookie usually gives him a hard time during games, perhaps because he is the only Filipino rival he has faced who stand taller than him.

No wonder the Pinamungahan, Cebu native considers his provincemate his biggest rival in more ways than one. 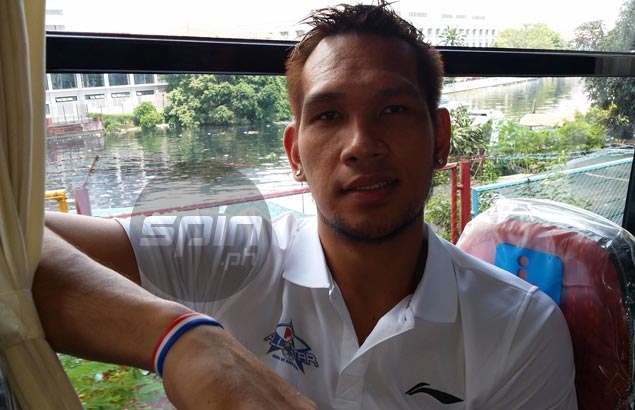 The soft-spoken giant also bared how he lost most of his head-to-head duels with Slaughter during their college days in Cebu, where the Slaughter’s University of the Visayas dominated Fajardo’s University of Cebu.

Now that rivalry enters a new phase when Fajardo and Slaughter clash for the first time in the PBA after two previous encounters failed to push through because of injuries to the San Miguel big man.

Fajardo will be playing for Gilas Pilipinas while Slaughter will banner the PBA All Stars Selection in the highlight of this year’s All-Star Weekend at the Mall of Asia Arena on Sunday.

Asked if he is out to prove something in his maiden showdown with Slaughter, Fajardo said all he wants is to give fans an entertaining game.