It’s just that he knows another loss against TnT Katropa meant a bigger hole to climb for the San Miguel Beermen.

With that in mind, Fajardo flashed the old dominant form than won for him five league MVPs and eight BPC plums to help the Beermen tie the best-of-seven title series at 2-2 with a 106-101 win Sunday night at the Smart Araneta Coliseum.

Fajardo finished with 22 points and seven rebounds in the all-important victory watched by a crowd of 13,578 – the biggest so far in the mid-season conference and the largest finals attendance without Barangay Ginebra since Game 7 of the 2016 Philippine Cup finals between San Miguel and Alaska.

Fajardo credited his teammates for making things easier for him.

Fajardo’s final basket for the night gave the Beerment the breathing room they needed, 100-96, as the Katropa launched a last ditch attempt to turn the game around. Import Chris McCullough dropped the ball to Fajardo down low after TnT counterpart Terrence Jones went over and tried to double him. 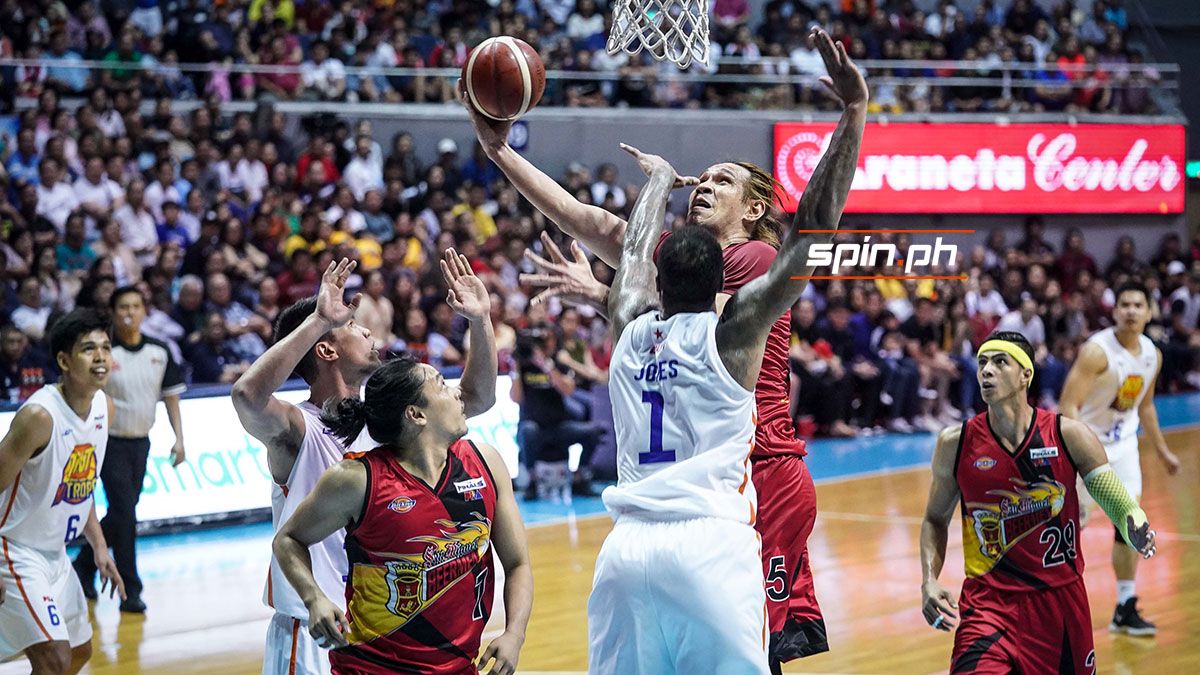 “June Mar was able to play comfortably inside. And that’s what we need from him,” said coach Leo Austria of his star player.

Asked about him losing to Castro the Best Player of the Conference honor, Fajardo said that was far from his mind during the game.

Ever humble, Fajardo said Castro was deserving of the award.