Fajardo now walking on his own, but ECQ keeping him from starting therapy

THE condition of June Mar Fajardo is improving after he sustained a major injury a few months ago in practice as he was preparing for the 2020 PBA season.

In an interview during a SPIN Sidelines episode which aired on Friday, Fajardo bared that he is now walking on his own and without pain after getting enough rest in the past few months.

The San Miguel star was last seen in public riding a mobility scooter when he received his sixth MVP award last March 8 in the Leo Awards.

Fajardo suffered a compound fracture in his right tibia during practice, an injury so serious that there is no timetable on when he can return to the Beermen. 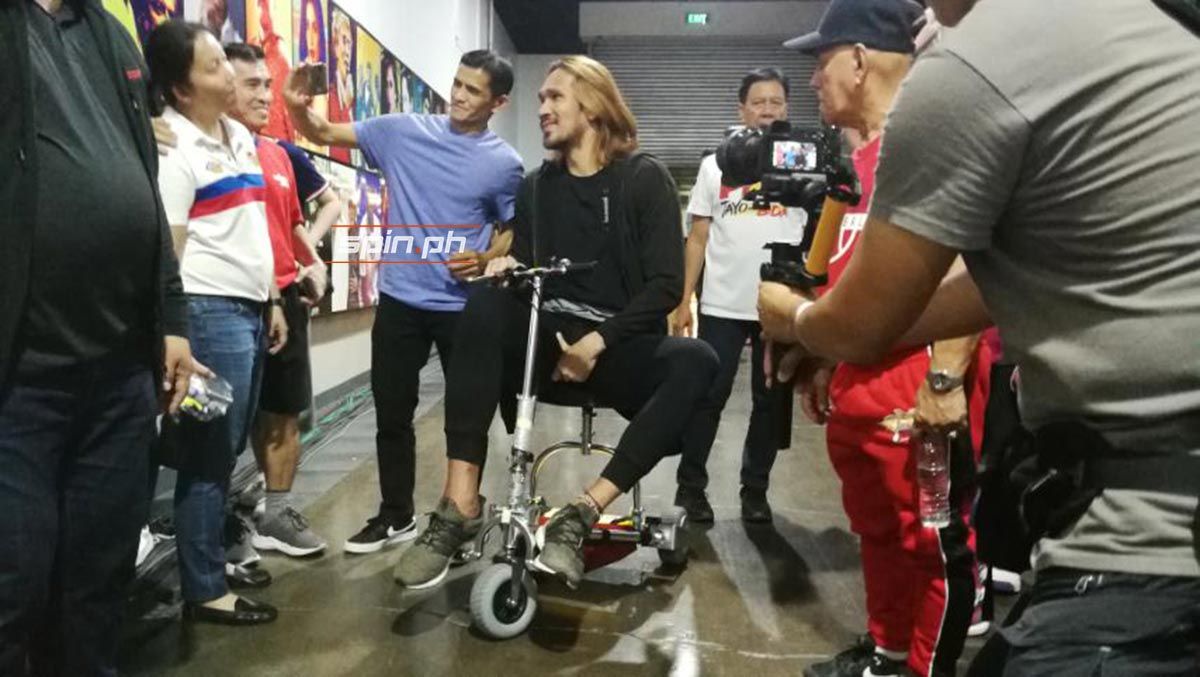 Fajardo said the healing process is right on schedule after he underwent a successful surgery to repair his right tibia last February 4.

Fajardo though said he has not undergone therapy yet due in large part to the COVID-19 pandemic. Despite the condition, Fajardo said he tries to remain active and keep himself in shape.

Even as his recovery is on time, Fajardo said he is not in a hurry to return to the floor and wants to make sure that his injury has completely healed.

Watch the entire episode of the SPIN Sidelines below: