JUNE Mar Fajardo felt it would’ve been a different series had Greg Slaughter been available for Ginebra in the just-concluded PBA Philippine Cup Finals against champion San Miguel Beer.

Fajardo, the three-time reigning league MVP, insisted he already had a tough time against Japeth Aguilar despite dominating down low with averages of 17 points on 70.2-percent shooting, 10.4 boards, 2.6 blocks, and 2.4 assists against three turnovers in 33.4 minutes in five games.

So what more had his collegiate rival Slaughter, who has been sidelined with an ACL (anterior cruciate ligament) injury on his knee, been there to form a twin-tower combination with Aguilar?

The newly minted Best Player of the Conference, however, pointed out that he didn’t have to carry most of the load for SMB as his fellow starters, especially Finals MVP Chris Ross, rose to the occasion to put up a balanced effort under coach Leo Austria.

Granting he can be slowed down by Slaughter and Aguilar, Fajardo was confident his team would've stepped up for him.

The Beermen's true strength is their team game, he added. 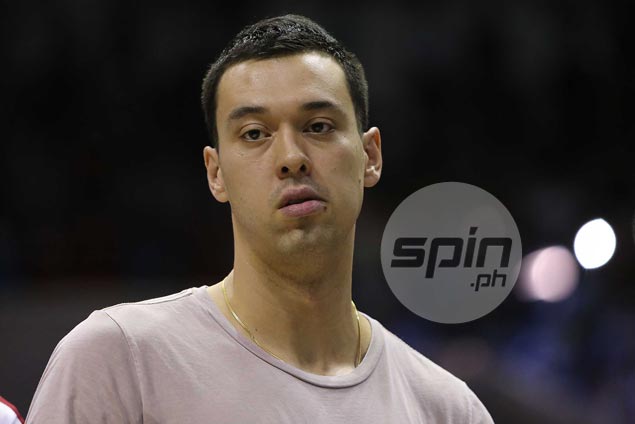 Now, Fajardo can savor a third successive all-Filipino championship to go with his fifth Best Player of the Conference award. He is also online for a fourth successive season MVP trophy.

But to match Alvin Patrimonio and Mon Fernandez's record of four season MVPs, Fajardo knows the Beermen will have to do well in the two import-laden conferences - something they failed to do last season.