SIX-TIME PBA MVP June Mar Fajardo continues to work his way towards a return to the court after the Cebuano giant suffered a setback when the wound from the surgery of his fractured tibia got infected and needed surgery.

According to Atty. Baldomero Estenzo, Fajardo’s longtime mentor, the 6-foot-10 big man is still in the rehabilitation phase but is expected to join the San Miguel practices in April. His status for the start of the PBA Philippine Cup, though, remains up in the air.

“He’s still on rehab which was slowed down by the pandemic. The doctor, however, assures he can start practicing with the team by April,” said Estenzo, who has been at Fajardo’s side dating back to his days with the University of Cebu Webmasters.

Fajardo fractured his tibia in practice way back in February 2020, causing him to miss the rest of the 2020 Philippine Cup. The agile big man had been making great strides in his quest to rejoin the Beermen but the infection proved cumbersome, as a surgical procedure was needed to remedy it.

Although the doctor has assured Fajardo that he would be back to 100 percent and be able to play come April, Estenzo would rather err on the side of caution rather than risk Fajardo suffering a catastrophic blow to his career.

“I have advised him not to start playing if there is still discomfort,” said Estenzo. “His health and fitness to me is most important.” 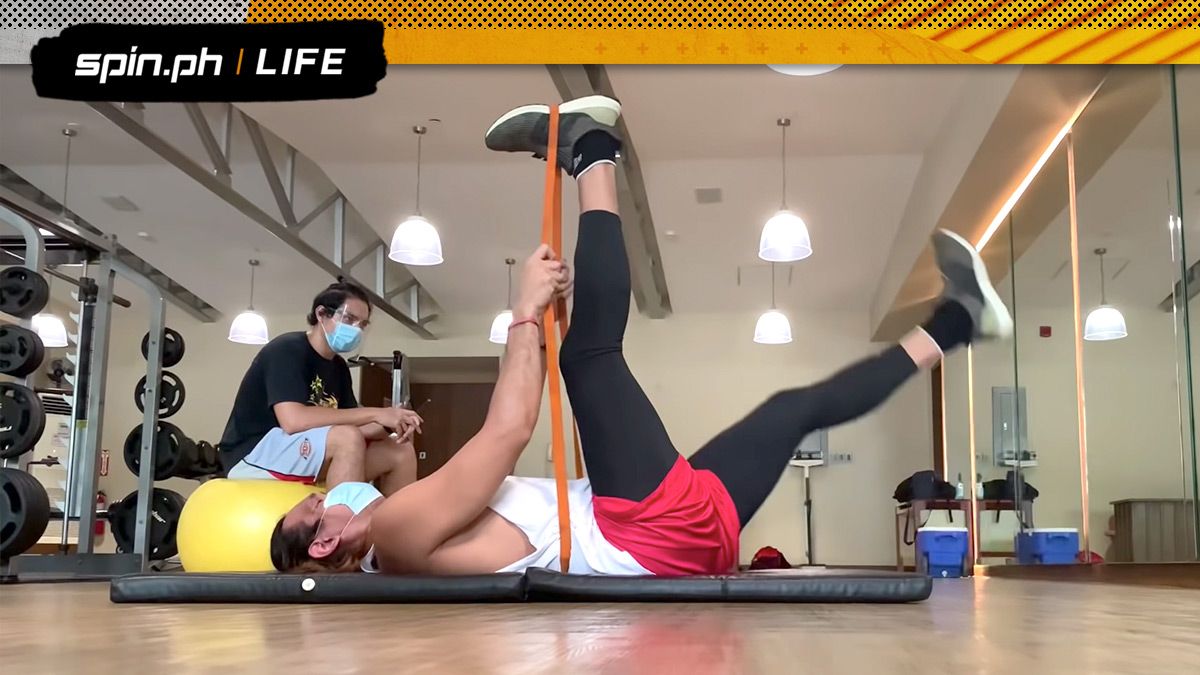 Apart from the physical challenges, Estenzo is also concerned about Fajardo’s mental psyche, having been away from basketball for over a year now, and going through two surgeries and a grueling rehabilitation phase.

“I told him to undergo sports psychology sessions before starting practice,” added Estenzo.

With the brand-new season of the PBA set to start next month and Fajardo yet to join San Miguel’s group practices, coach Leo Austria and team officials will have to assess whether their prized big man’s conditioning is up to par with what is needed to compete at this level.

“It’s the call of the coach and depending on how he thinks June Mar is fit to play with them,” relayed Estenzo. “Most probably, he might be fielded but only for very limited minutes to bring back his confidence and feel for the game.”