JUNE Mar Fajardo and Justin Arana had one common denominator early in their PBA careers.

Both big men were trained by all-time great Danny Ildefonso.

So it was no surprise that the 6-foot-10 Fajardo had one piece of great advice for the Converge rookie shortly after their first match-up in the pro league. 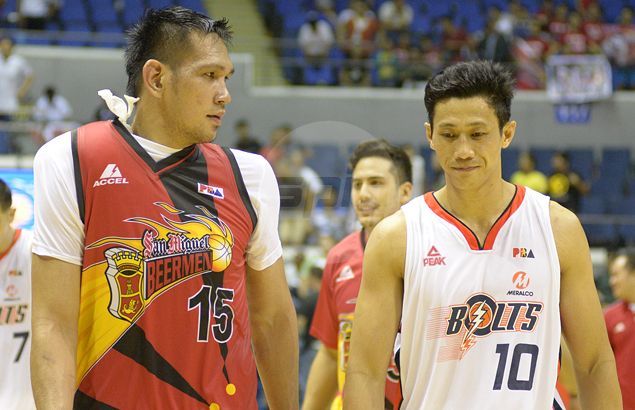 Fajardo was once trained by Ildefonso, the two-time MVP and one of the PBA’s all-time greats, early in his career with the Beermen.

He has become the most dominating big man in the league today, winning an unprecedented six straight MVP trophies and eight championships in a decade as the face of fabled San Miguel franchise.

The 6-foot-6 Arana, the No. 4 overall pick in the recent draft, is now going through the same process under Ildefonso, who currently serves as Converge deputy to head coach Jeff Cariaso.

Arana saw first-hand how great a player Fajardo has become as the Cebuano big man put together 18 points and 16 rebounds in the blowout win which he capped by hitting his first career three-pointer.

Arana said it was difficult being matched up against Fajardo.

Compounding Arana’s woes was the double sprain he suffered during the game that kept him out for good early in the fourth quarter.

He finished with four points and six rebounds.

Despite the loss and the injury he sustained, Arana said playing against the PBA's most dominant player was a big learning experience.