JUST when Terrafirma was in desperate search for a spark after a flat start in the PBA Philippine Cup, Juami Tiongson stepped up and took matters into his own hands in leading the team’s rejuvenated drive in the Bacolor bubble.

Tiongson had a string of career-best performances in the league return from a month-long hiatus and helped the Dyip turned their fortunes around with three straight victories including gigantic upsets against former five-time titlist San Miguel Beer and reigning champion Barangay Ginebra.

With prized rookie Joshua Munzon out for the conference due to a dislocated finger, fearless Tiongson took over and hit a career-high 28 points and seven assists in the team’s 114-110 overtime escape act against SMB.

Tiongson won’t cool down two days later as he reset his career-best at 31 markers, spiked by nine triples, six assists, and three steals as the Dyip caught another giant in the defending champion Kings, 95-90. 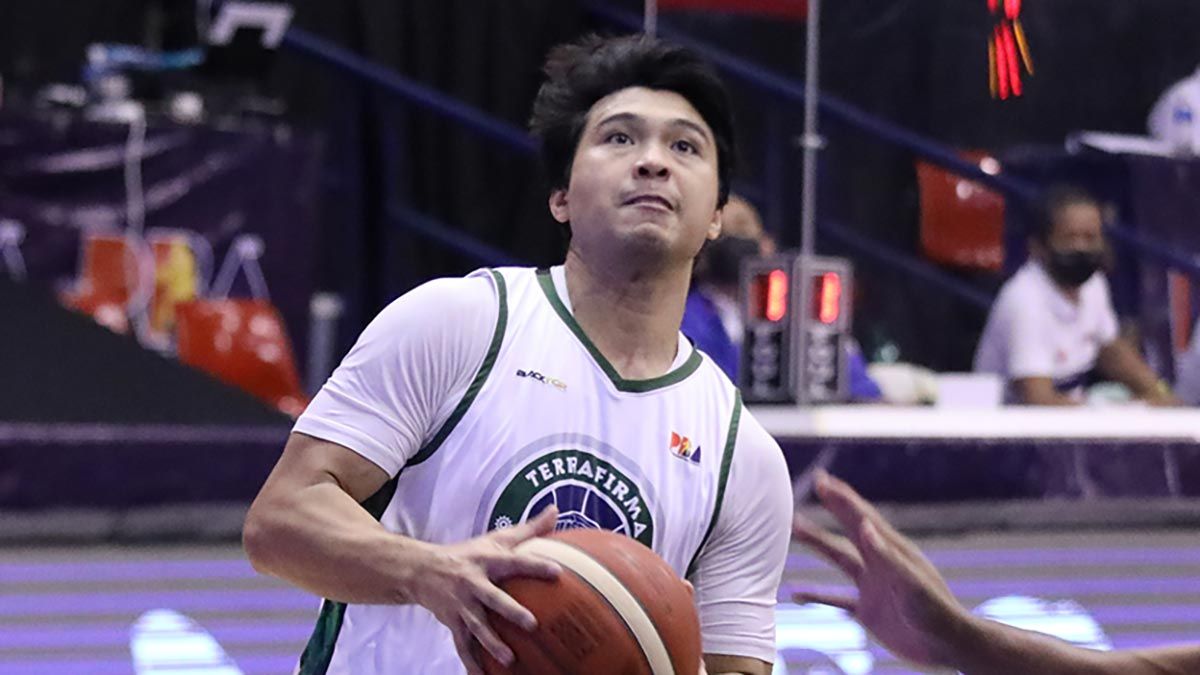 He was then limited to a 10-3-3- outing the next game, but still enough for Terrafirma to pull off a 96-84 comeback win over Blackwater, for its third straight victory and improve to 3-4 overall for solo seventh place.

Tiongson refused to take all the credit, deflecting everything to coach Johnedel Cardel and his teammates for giving him the green light to let it fly.

“Coach John and the coaching staff put in new plays to help the shooters get free. Pinapabayaan niya lang ako. He lets me make mistakes and be creative,” he said.

“I just had to do what we had to do. It would not be possible without them.”