JR Quiñahan may have given up on extra rice, but someone in the family has apparently inherited his appetite.

The NLEX star big man, who has been on a low-carb ketogenic diet that has allowed him to trim down to the lean figure he has now, is just letting his son, Joseph Rainier, eat whatever he wants as he’s still a growing boy.

The Road Warriors veteran brought Tatoy along to practice on Labor Day to continue to expose him to the basketball environment, in the hope of seeing his son also make it to the PBA someday.

Tatoy is often mistaken to be Quiñahan’s daughter. That's because of a long hair that has been trimmed just once in his life.

At least the long hair hardly blocks his vision when taking shots or running sprints that his dad lets him do.

For now, that seems like what he's born to do. 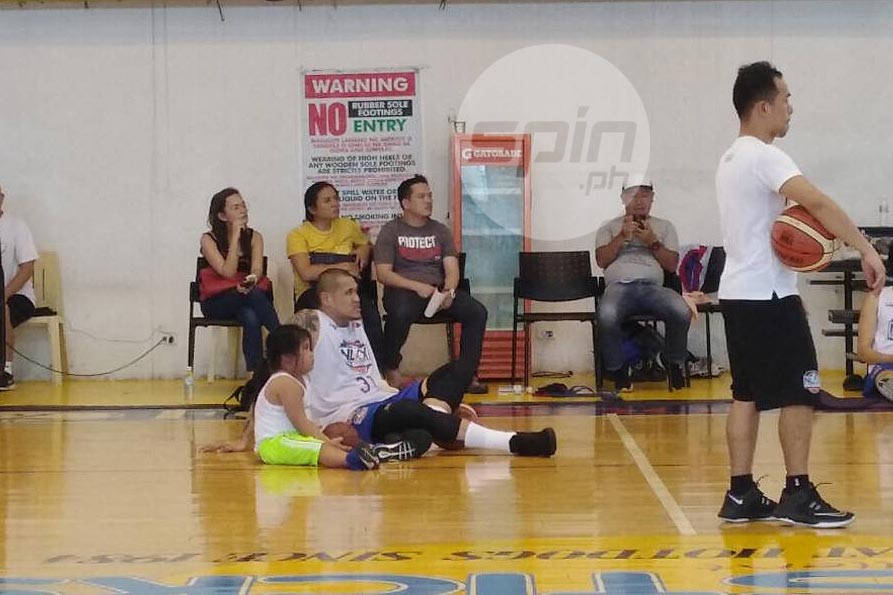