Joshua Munzon set for return as Terrafirma takes on Blackwater

JOSHUA Munzon is scheduled to return to Terrafirma on Saturday when it takes on Blackwater in the PBA Governors’ Cup at the Smart-Araneta Coliseum.

This was confirmed by Terrafirma coach Johnedel Cardel.

Munzon is set to make his Governors’ Cup debut, suiting up after seven months out following a dislocated left pinky finger.

“Si Josh, okay na. Maglalaro na siya (Saturday),” said Cardel on the eve of their clash against the Bossing at 4 p.m.

The top pick in the 2021 draft has only played in three games, with his last appearance was on July 30, 2021 where he scored five points and had three steals in 15 minutes against Magnolia before going down with an injury.

Munzon should be a boost for the Dyip, who are already missing Alex Cabagnot for the conference due to a torn Achilles tendon. Terrafirma also lost Roosevelt Adams, who signed with a Japan team after his contract with the Dyip expired.

Aside from Munzon, Isaac Go is also available for Saturday’s game but Cardel is looking to field the former Ateneo standout for just a few minutes, having only practiced with the team on Friday. 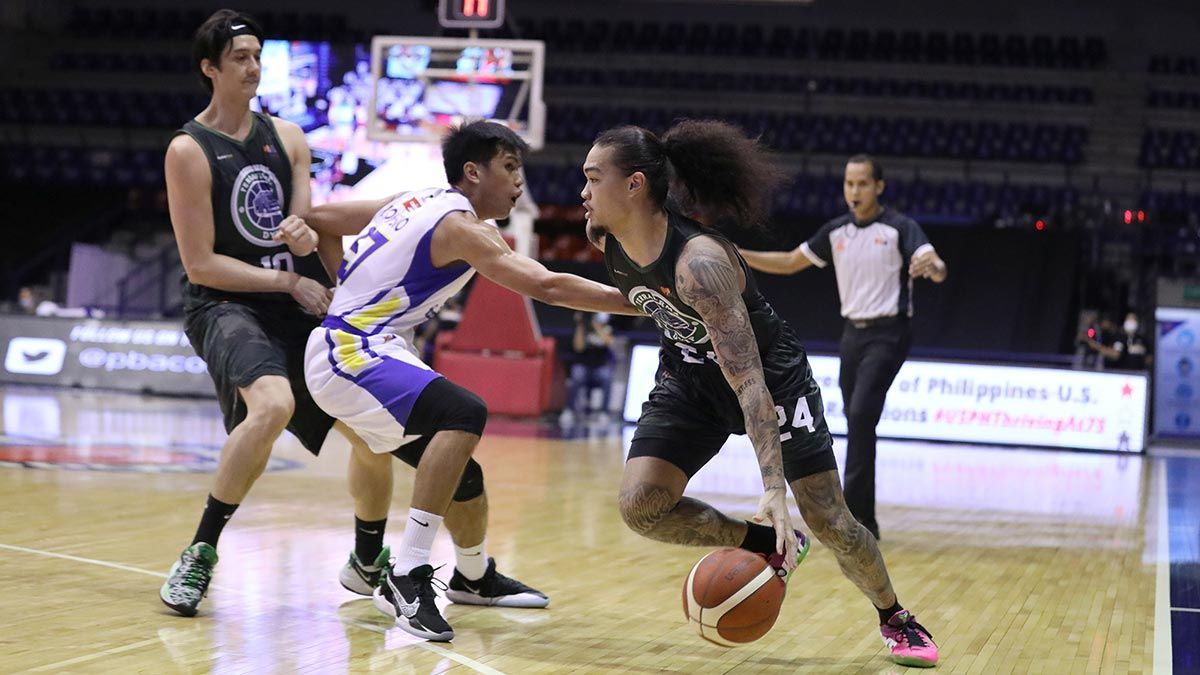 Joshua Munzon's last game with Terrafirma was seven months ago against Magnolia.

Terrafirma is looking to improve on their 1-4 card and break a three-game losing skid against Blackwater, losers of a league-record 24 straight games.

The Bossing got a lift during the suspension of the games, signing 2019 Gilas draftee Rey Suerte to a contract after his national team stint over the past two years.

In the second game, Rain or Shine faces NorthPort at 6:45 p.m.

Both teams are on a slump with the Elastopainters (2-3) dropping their last two games including a 95-92 loss to TNT last December 26.

Like Go and Suerte, Gilas draftee Mike Nieto is available for Rain or Shine in Saturday's match.

The Batang Pier, meanwhile, are still winless in four games. In order to break the losing streak though, they have to do it without Robert Bolick and Greg Slaughter, who have not renewed with the ballclub after their contract expired during the suspension of play.