GLOBALPORT is dangling its remaining vacant roster spot to two journeyman guards who are trying to relive their PBA dream.

The Batang Pier are taking a look at hopefuls Jong Baloria and Jeff Viernes, who showed their wares in the team’s tune-up game against Phoenix on Friday morning.

GlobalPort currently has 13 locals in its roster and one import in Malcolm White, leaving one spot open in its 15-man roster – and possibly one more as a practice player.

Baloria last played for Mahindra two years ago, but showed he still has it by strutting his stuff in the Maharlika Pilipinas Basketball League (MPBL) with the Parañaque Patriots under former University of Perpetual Help coach Aric del Rosario. 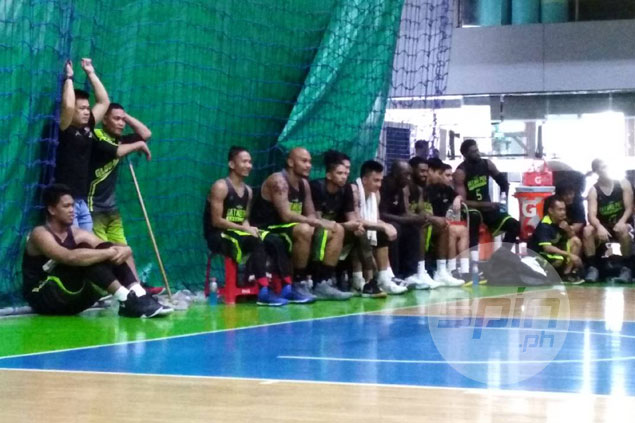 Viernes played briefly for Phoenix last year, but his stint was abruptly cut short when he was caught playing in a league outside the PBA, prompting him to take his talents to the Thai league, then the D-League.