MAGNOLIA deputy Johnny Abarrientos found himself back in his 'second home’ on Thursday.

“Ganitong-ganito 'yung court na pinaglalaruan namin,” he said, pointing to a wooden half court that sits at the center of the street surrounded by row of houses.

Abarrientos, 47, grew up in the Del Monte area in Quezon City, but it was in barangay tournaments, specifically in Valenzuela, where he really honed his skills to become one of the best guards in PBA history. 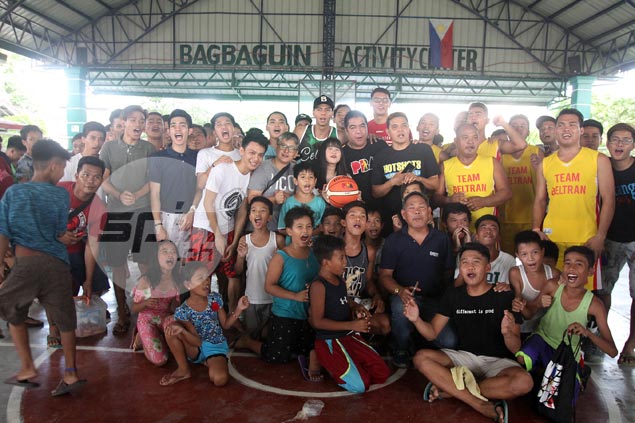 And it’s the reason it warmed his heart when fans, young and old alike, gave him, along with Blackwater big man JP Erram, fellow MVP Arwind Santos, and Commissioner Willie Marcial, a warm welcome when they dropped by for a visit that coincided with the barangay fiesta.

Present to welcome the PBA visitors were Barangay captain and SK chairman candidates Michelle Gregorio and Riza 'Not' Beltran, respectively.

Erram was also overwhelmed by the reception.

Santos had previously joined ‘Homecourt,’ but remained a big hit among fans seeking autographs and selfies.