AUSTRALIA'S professional league, the National Basketball League, is opening its doors to Asians for their coming 2017-2018 season.

One of the coaches who, this early, is already looking for an Asian player is Joey Wright, head coach of the Adelaide 36ers in the NBL.

Wright was on assignment recently in Singapore during an Asean Basketball League (ABL) semifinal game between the Slingers and Alab Pilipinas looking for a possible Asian import, which the NBL now mandates for each of its teams.

“We mandate that we have one Asian player,” the American coach said. “We are scouting Asian countries to see if we can find a player that is good enough to play in the NBL.”

Wright is no stranger to Asian basketball, or Philippine basketball for that matter. If the name sounds familiar, it was because Wright was a former import of Presto in the 1992 season of the PBA.

Wright, a 50th pick overall by the Phoenix Suns in the 1991 NBA Draft, played five games for Presto, highlighting his PBA stint with a 52-point performance during the Third Conference.

An injury cut short Wright’s stint in the PBA in the conference that also turned out to be the last for the Gokongwei-owned team before the franchise was bought by Sta. Lucia.

Despite his short career in the PBA, Wright had fond memories of the Philippines and his team, including Allan Caidic, who a year later scored 79 points in a game - a PBA record among local players that still stands to this day.

“Look, the first game I played, Allan Caidic had 40 points so I was really excited playing with him,” said Wright, who spoke to Caidic just a year ago over the phone.

Wright was also in the Philippines at that time when Swift import Tony Harris scored a league-record 105 points against Ginebra in Iloilo City before eventually winning the Third Conference crown under now-NLEX head coach Yeng Guiao.

“It’s one of my highlights playing in the Philippines. At that time, I just got cut from the NBA so I wasn’t in the best place. But in retrospect, I realize that it’s one of the best places I played on.

“I was really impressed with the competition over there,” said Wright about the Philippine. “We had 16,000, 12,000 (fans) every game. I just enjoyed my time over there. We weren’t supposed to win many games. Those were the Tony Harris days, but I enjoyed my time.” 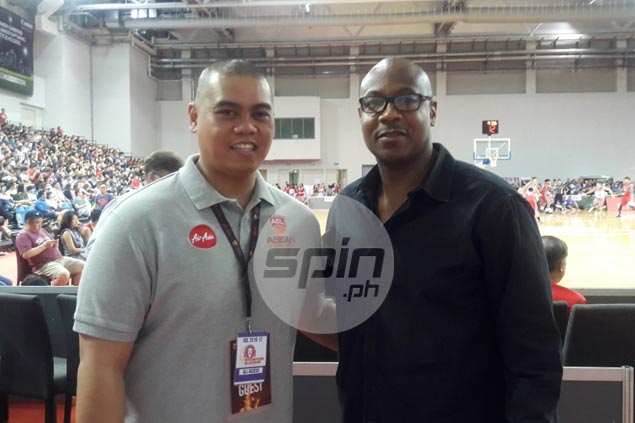 At the end of his playing career, Wright became a successful head coach in the Australia league.

In only his first season with the 36ers, Wright transformed the team from cellar dweller to finalist before bowing to the Perth Wildcats in the finale of the 2013-2014 season.

Wright is also a three-time NBL Coach of the Year awardee, the last accolade coming in the recently concluded 2016-2017 season.

Even though he had played in the Philippines before, Wright made it clear he is not exactly looking for a Filipino to play for the 36ers when he made the trip to Singapore.

For Wright, he just wants the best player possible for Adelaide.

“It’s extremely competitive here. I like the competition. We just want the best that we could get. We preferably want a young player that we can develop,” said the 48-year-old coach.

Wright believes NBL’s idea of bringing in Asian imports to the league is a sound one.