Joey Loyzaga looks back on early days of 'Manila Clasico'

LOCKED down in Australia, former PBA player Joey Loyzaga celebrated his 60th birthday reminiscing about the past.

His glory days playing for the Ginebra franchise in the Jaworski era and the last time he got to see his PBA contemporaries made him nostalgic as Loyzaga officially become a senior.

Of his stay with the PBA’s most popular ballclub, he considers Anejo Rum’’s mighty upset of powerhouse Purefoods during the 1988 All-Filipino finals as his most memorable in the league, while cherishing the Legends Game held in Australia two years ago just a few months before the global pandemic struck.

The 65ers’ remarkable 3-1 victory over a star-studded Hotdogs side incidentally, was already 33 years ago last Sept. 13 as Loyzaga vividly remembered.

“My Ginebra/Anejo years were my most memorable, but most especially the Anejo-Purefoods series. That started the Manila Clasico we all knew right now,” said Loyzaga, who’s been based in Sydney together with his family for almost two decades now. 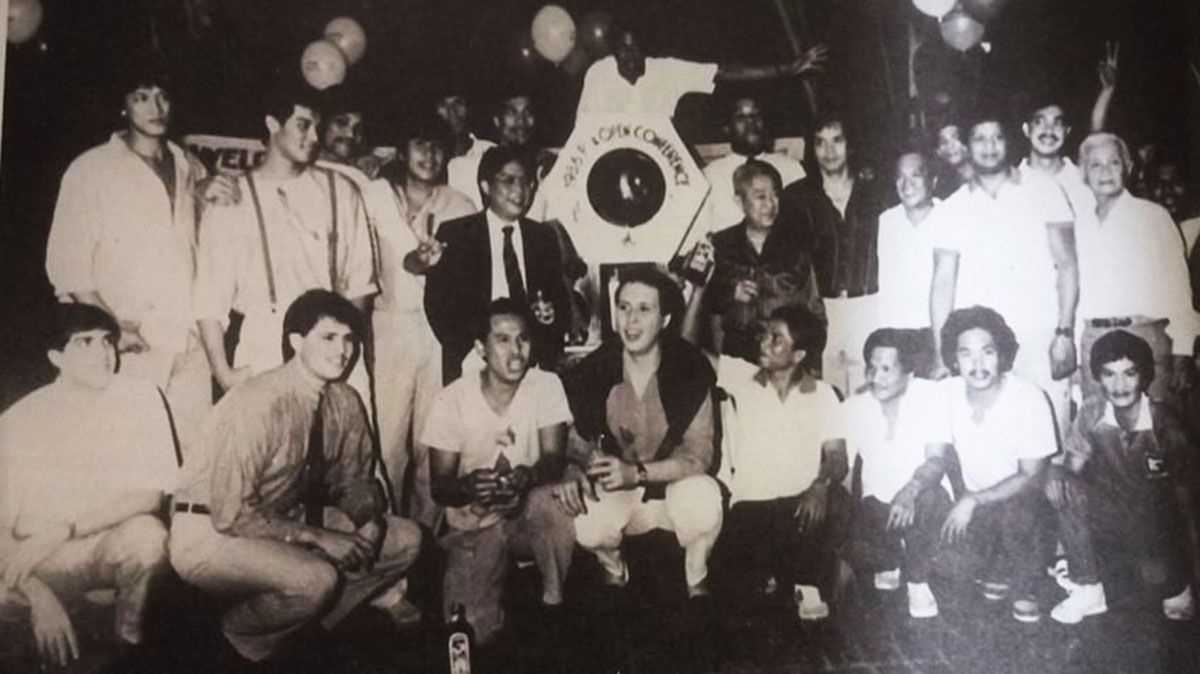 It was also one of Loyzaga’s best finals performance as he finished with a game-high 28 points as playing-coach Robert Jaworski's 65ers clawed back from a 19-point third quarter deficit to pull off the title-clinching win.

Loyzaga drilled in three three-pointers and scored the team’s final three-pointer that sealed the only all-Filipino championship the franchise won under Jaworski.

“Yes, that team put together by spit, guts, and Jaworski pride as the late play-by-play broadcaster Pinggoy Pengson would say,” recalled Loyzaga, who had the privilege of playing alongside brother Chito in that Anejo championship team. 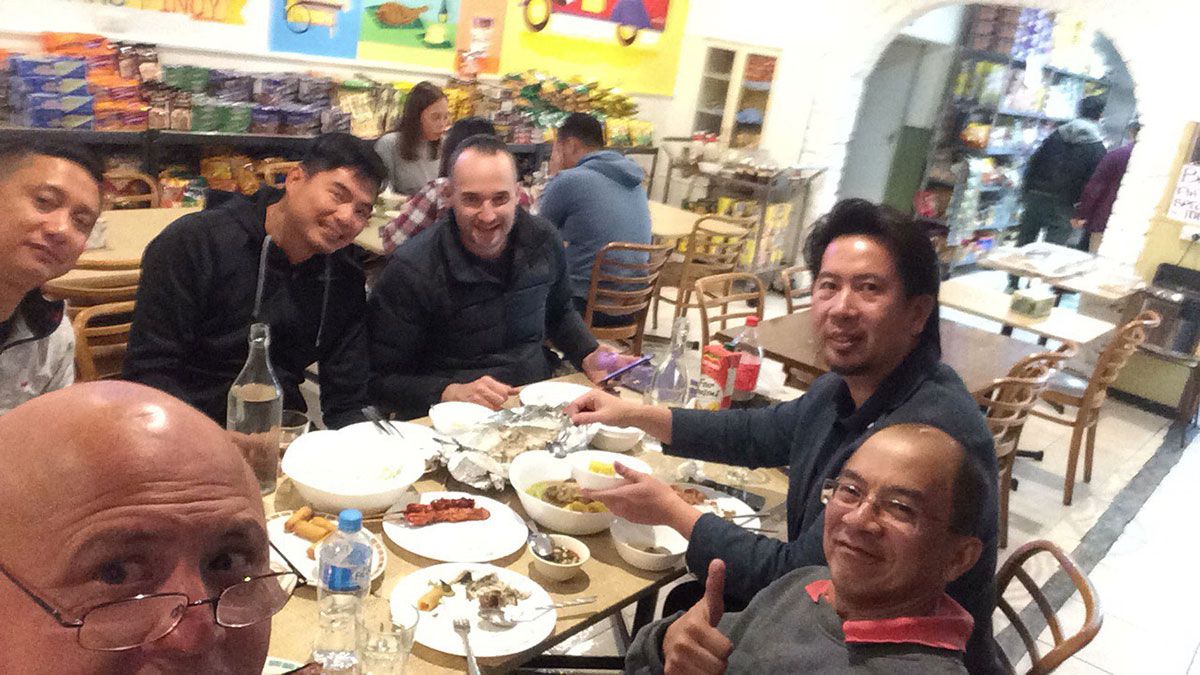 Legends game Down Under

Two years ago, Loyzaga had the opportunity to reconnect with both Lastimosa and Codinera when the PBA Legends toured Australia for a series of exhibition games in Sydney, Perth, and Adelaide.

Joining Lastimosa and Codinera were Allan Caidic, Nelson Asaytono, Bal David, Willie Miller, Noli Locsin, Vince Hizon, and EJ Feihl – all of them one time at the other, having played for either Ginebra or Purefoods during their respective PBA careers.

The Legends were hosted by Loyzaga’s close friends Joey Lopez, and Carlitos and wife Aleli Ferrer, who owns the Filipino shop and restaurant in Sydney called Panlasang Pinoy. 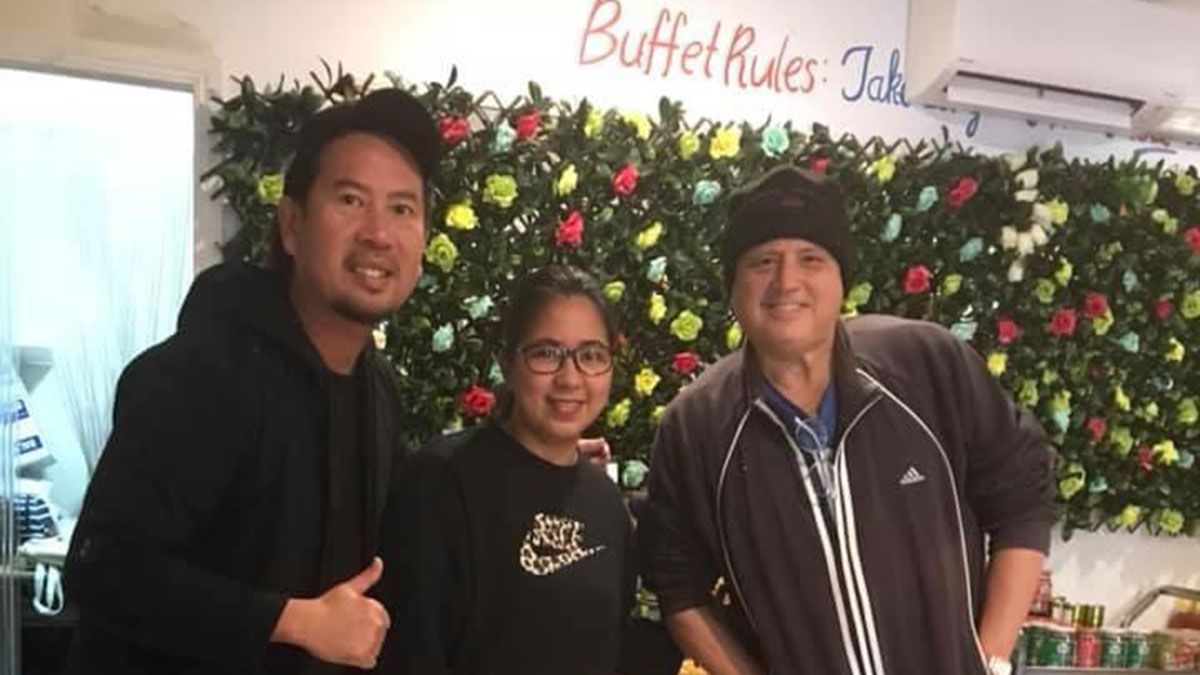 “There was a day for meet-and-greet then a parade before the Filipino crowd dahil Filipino fiesta nun and the Legends were the guests,” said Loyzaga. “I helped in attending to their needs and brought them around, although I joined them sa game.”

As expected, the PBA’s two most popular teams were a big hit among Filipinos based in Australia.

“Ginebra still rings a bell to them. Coach Jaworski time.”

Four months after, the COVID-19 pandemic changed everything around the world, leaving Joey nothing but sweet and unforgettable memories to look back on as he turned a new leaf in his life.

Loyzaga recalled his playing heydays as he visited a beach place called La Perouse along with his family where they enjoyed a simple fare of fish and chips.