SAN Miguel blew by Blackwater in the third quarter to capture a 99-80 win on Wednesday in the 2021 PBA Philippine Cup at the Ynares Sports Arena in Pasig City.

June Mar Fajardo set the tone for the victory with 16 points, 11 rebounds, and two blocks in his best game so far in his return from injury as San Miguel notched its third straight victory after an opening loss.

Blackwater is winless in four games.

Key Bossing players struggled in the game, with Baser Amer shooting just 1 of 15 from the field.

CJ Perez had 14 points, while Marcio Lassiter had 13 points. Alex Cabagnot added 12 points including nine in the third quarter where the Beermen outscored the Bossing, 27-19.

“We know from the start that this game will not be an easy game for us,” said SMB coach Leo Austria. “Nakita namin natin in the first half. We were leading by just one point. We were able to get the lead in double figures but wipe out agad ito saglit lang dahil we know that Blackwater is trying hard to exert some effort. They showed it this afternoon.”

Fajardo attacked early in the game with seven in the first quarter as San Miguel grabbed the upper hand, 20-11.

Blackwater bounced back with Simon Enciso and Kelly Nabong combining for 16 points in the half as the Bossing cut the deficit to one, 39-38.

The Beermen opened the third quarter with six straight points and never looked back. Nine straight points by San Miguel coupled by a triple and a jumper by Cabagnot put them up, 58-42.

Even the shock troopers joined the attack as San Miguel led by as many as 25 points, 82-57. 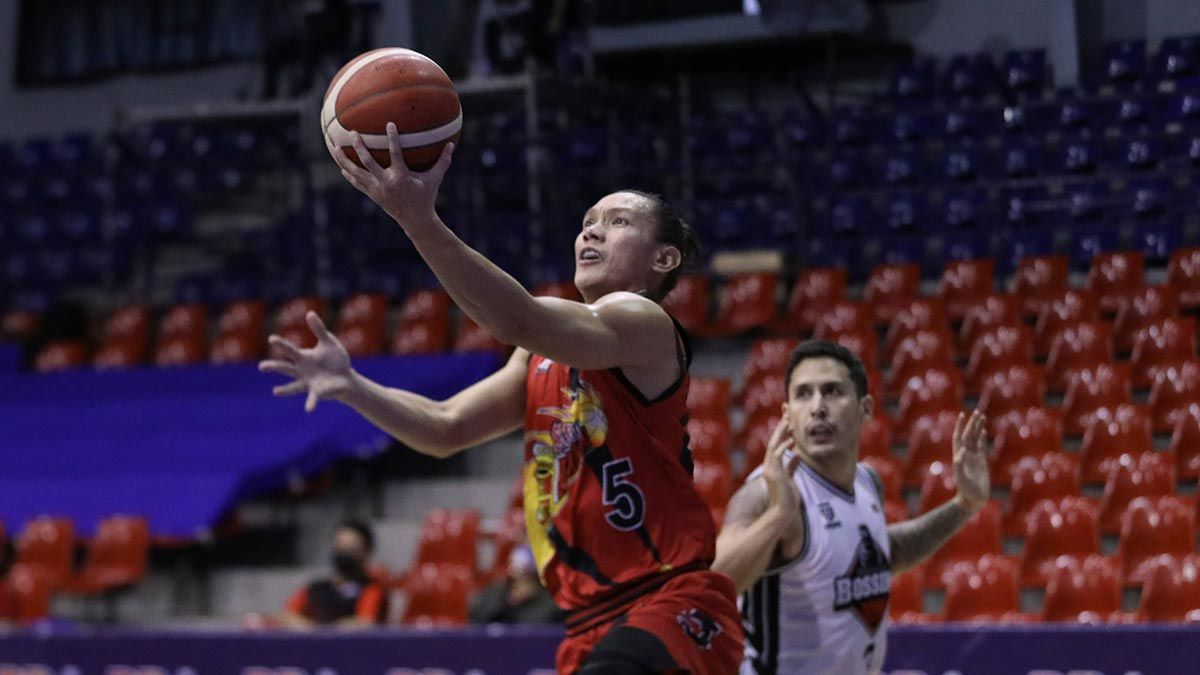 Enciso had 25 points, while Nabong and Mike Tolomia added 12 points each but it was a rough day overall for the Bossing, who shot just 35 percent from the field.

Amer slumped to a 1 of 10 shooting from threes, even missing four shots during one Blackwater possession in the third.