JIO Jalalon's big, fighting heart was on full display on Tuesday night as Magnolia closed out NLEX in Game Six of their PBA Philippine Cup semifinal playoff at the Smart Araneta Coliseum.

Jalalon was left with a bloodied mouth and nose and a swollen left eye after being a hard foul by JR Quinahan with 7:27 left in the second period that led to the NLEX's big man's ejection.

But the second-year guard out of Cagayan de Oro picked himself up and bedevilled NLEX the rest of the way, finishing with 11 points, 13 assists, five rebounds and two steals in the close-out 96-89 victory.

Jalalon, who averaged 9.6 points, 4.5 rebounds, 6.1 assists and 1.6 steals a game in the series, got some glowing words from veteran Mark Barroca who said he saw his younger self in his teammate.

Jalalon said he is grateful for veteran teammates like Barroca who is helping him make the transition from a gung-ho, often erratic guard into a more reliable floor general. 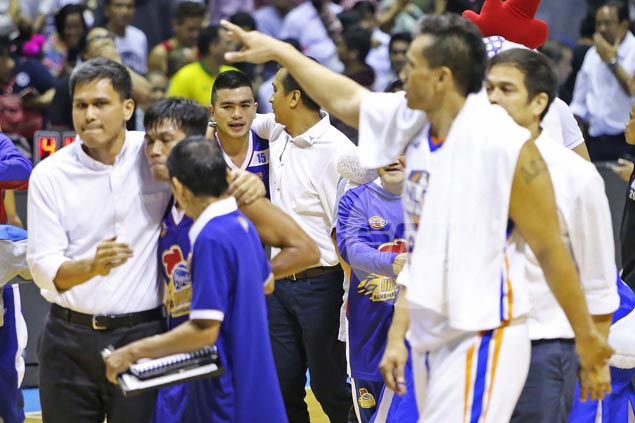 Now that Jalalon is in his first PBA Finals, he hopes to go all the way and atone for a 2016 loss to San Beda in his only finals appearance with Arellano in the NCAA.