AS Jimmy Santos quietly enjoyed a foot spa while waiting for his turn to get a haircut on Tuesday afternoon, a barber on the other side of the salon was surprised to hear that the funnyman was once a PBA player.

Finally taking his turn on Tagasling's chair to get his greying hair trimmed, Santos was in the mood to recall his days as a professional player - and he swore this was no “kwentong barbero.”

After playing college ball at Jose Rizal University (then Jose Rizal College) for three seasons, Santos suited up for U/Tex in the MICAA (Manila Industrial and Commercial Athletic Association), before making the jump to the PBA in the league’s founding year in 1975.

But his first season in the PBA also turned out to be his last as he got lured into showbusiness.

Asked to describe his playing style, Santos said he was a wingman who thrived on doing the dirty work on defense and off the boards.

“Defensive (player) ako, may mga rebound,” said the 6-foot-2 former pro, who averaged a measly 2.6 points in 13 games with Seven-Up during the pro league's inaugural season.

Santos has an explanation for that meager scoring output, too.

To prove that he was no slouch on defense, the Eat Bulaga! co-host recalled one play when he went up against league icon Manny Paner and San Miguel teammate Dave Regullano.

Santos insisted he wasn’t a dirty player - but it turned out he used some 'dirty tricks' from time to time. 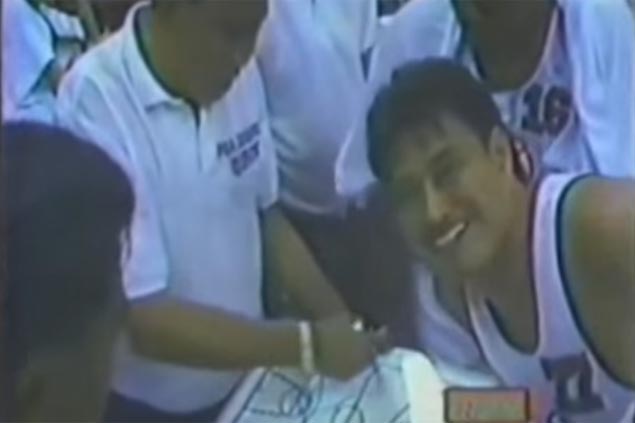 Asked if there was a chance then that he could’ve revived his playing career after becoming an actor, Santos, tongue in cheek, said he chose not to steal the limelight from players like Robert Jaworski.

Santos was part of the last JRU team that won an NCAA championship in the 1972 season, before winning another championship with U/Tex in the 1973 MICAA Edralin Marcos Cup.

Santos, though, didn’t have a chance to win a championship in the PBA.

Reduced to playing in exhibitions after cutting his pro career short, Santos, whose form of exercise is limited to walking and stretching nowadays, marveled at how the game has since evolved.

That is one line from the funnyman that present-day players should take seriously.