JERRICK Ahanmisi savored the moment going up against brother Maverick for the first time ever in their playing careers.

And he savored the fact, too, that he put one over his older, veteran brother.

“Yeah, 1-0,” said the rookie guard as his Magnolia team edged out Maverick and the Alaska Aces in a PBA Philippine Cup thriller, 84-82, that marked the first pro meeting between the Ahanmisi siblings. 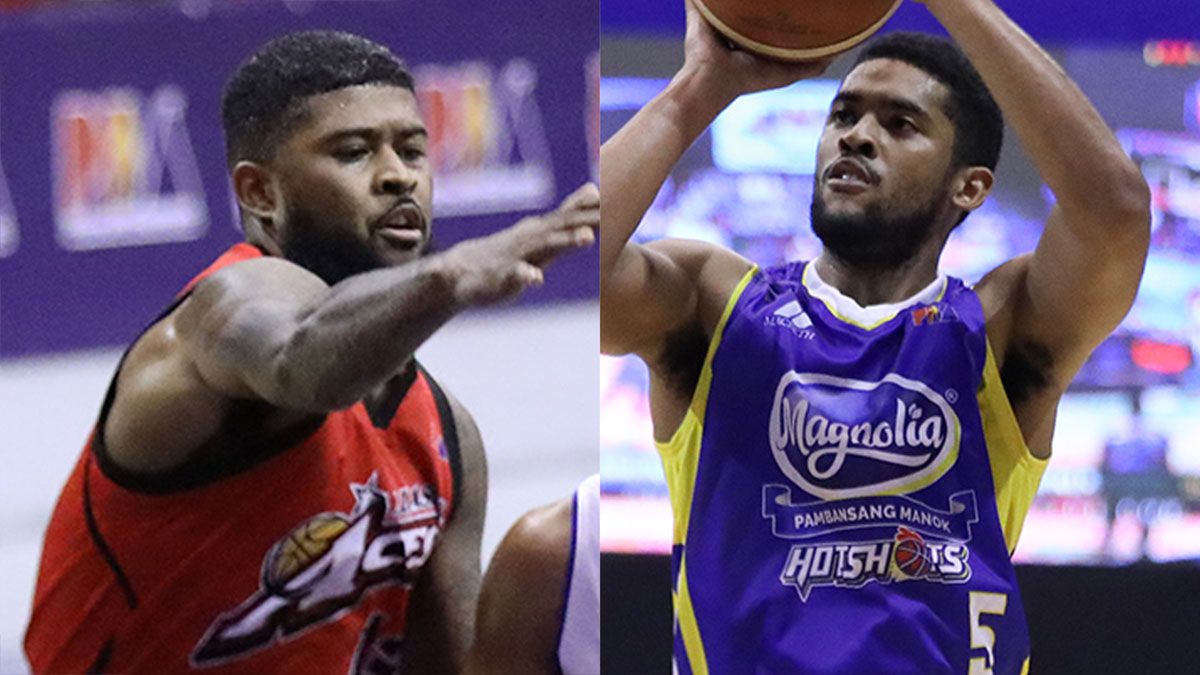 Personally, the 30-year-old Maverick had the better stats line with three points, five rebounds, and three assists in 23 minutes of play.

Jerrick, 24, meanwhile was held scoreless in 17 minutes of play, held to a 0-for-4 shooting from the floor and with just two rebounds.

But the last laugh was his as the Hotshots eked out their second straight win behind the game-winning basket at the buzzer by big man Ian Sangalang for a share of the early lead.

Beyond the outcome however, Jerrick said he definitely relished being on the same floor with his brother, the no. 3 overall pick in the 2015 draft who already has a PBA title tucked under his belt while still with Rain or Shine.

“It was definitely fun. There were moments when we were on the court at the same time, and he got a rebound over me at one time,” he recalled of his matchup with Maverick.

“But there’s going to be more games when I can make ‘bawi.’ So we’ll see.”

Although both are close to each other, Jerrick said they hardly talked about playing against each other on the eve of the match.

“We both knew we were going to play against each other, but it’s just like any normal day,” stressed the no. 10 overall pick in the last rookie draft, who admitted he’s still struggling to find his way in the PBA.

“We were just relaxing, preparing what we needed to do before the game, and just have fun.”

But once he fully gets his feet wet in the league, Jerrick looks forward at a more competitive matchup between him and his brother.

“It was exciting for sure. And the next games we’ll play in, it’s going to be even more exciting,” vows the rookie shooting guard.