Jericho Cruz wears heart on his sleeve. See his many faces on the court

JERICHO Cruz was a picture of intensity throughout the 2016 PBA Commissioner's Cup Finals, especially in Game 6 as he helped Rain or Shine close out the series against a tough Alaska team.

Cruz has always worn his heart on his sleeve, but he was more intense on Wednesday in part because this was his second chance for a title where he's playing on the court instead of cheering on the sidelines.

The other reason why Cruz was running high on emotions? He knows he wasn't supposed to be here in the first place if not for the turn of events that happened the day he got drafted in 2014. 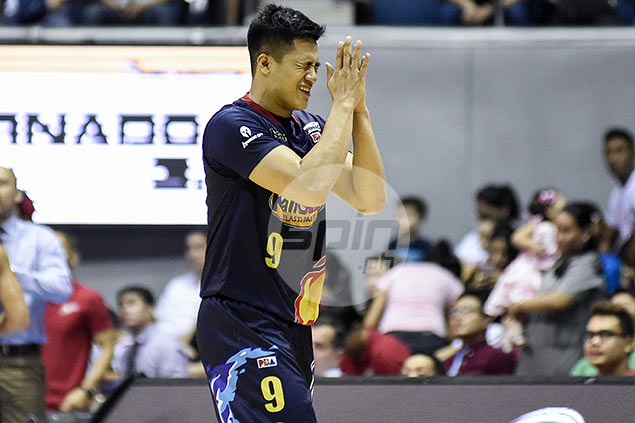 The Rain or Shine coach admitted Jericho Cruz was expendable enough that they were offering him to teams for a future first-round pick soon after they picked him at ninth overall in the 2014 PBA Draft.

“Naghahanap kami ng team who might be interested in him who will give us their future pick first round, pero wala kaming nakuha so he stayed with us,” he continued to recall. “Good for us na nangyari yun.”

It definitely turned out to be a blessing in disguise as Cruz has blossomed as one of the E-Painters go-to guys and a top candidate for the Most Improved Player of the Year award.

As his latest proof, Cruz was clearly instrumental in the E-Painters’ run to the their second league crown, firing a team-high 21 points on top of five boards and one steal in 36 minutes in the title-clinching win on Wednesday night. 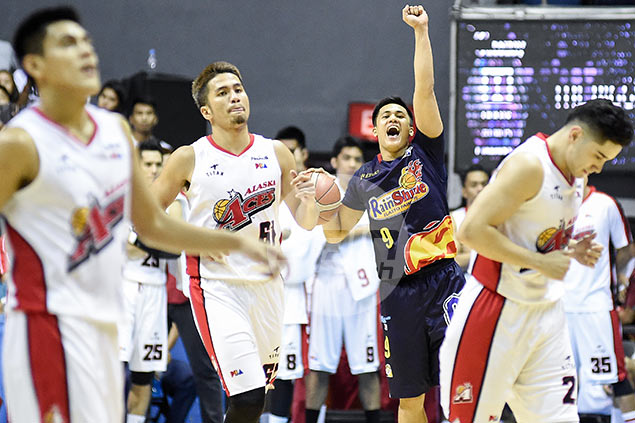 Not bad for an almost-traded rookie turned rising star, who's just grateful Rain or Shine and Guiao kept the faith on him.

“Siguro blessing na ‘di ako tinrade ni coach,” Cruz said. “I love playing for him. He gives me a lot of confidence.”

“When you do something in practice, you go hard, nakikita nya eh, he makes you play. Pag tamad ka sa practice, he sees that,” he added. “Nagpapasalamat lang ako na di ako tinrade ni coach.”

Now, his perseverance has been rewarded with his first championship in just his second year in the league.

“It’s the best feeling ever,” said the 25-year-old cager, who was injured in the E-Painters’ finals loss to Talk ‘n Text last Commissioner’s Cup. “We knew how we came up short last year. Finally this year, we got it.”

“Doon ako natuto,” he added. “I was injured last year so I couldn’t help my team. This year, sinipagan ko, I worked hard, and got in good shape and it paid off.”

Cruz came into his own in the Commissioner's Cup Finals. Watch the recap of what he did and his many faces in the title-clinching win below.