FLEET-FOOTED on the court, Jericho Cruz is as just as quick in preparing for life after basketball.

The Rain or Shine combo guard has gone into his first business venture in his third year in the PBA. Along with wife Mosh and six other business partners, Cruz opened Papi Chulo’s, a Mexican restobar in BF Homes Parañaque, over the weekend.

“Kung anong nae-earn ko sa PBA, I try to make smart investments,” added Cruz, who is fresh off a contract extension this offseason.

As he dives into his first big investment, Cruz is getting a lot of advice from entrepreneur/teammates Chris Tiu and James Yap. 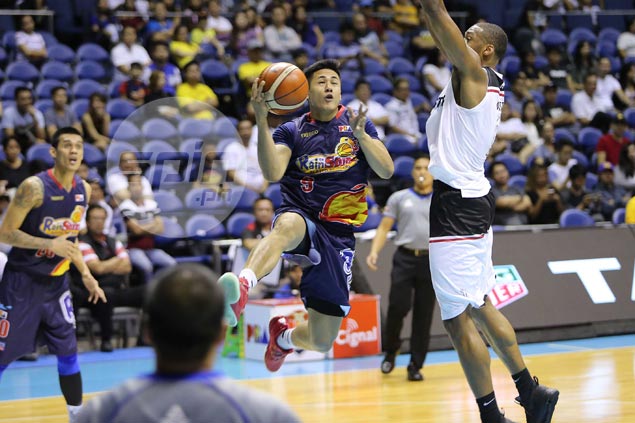 The initial opportunity came when his wife’s college friends broached the idea of putting up a restaurant.

And after going on soft opening the last two months, the restaurant had its grand opening last Friday.

[See As he opens resto, Norwood reveals business game plan consistent with his style of play]

Cruz swears the food is good, but if you want to try it for yourself, drive out to his resto located along Aguirre St. which is open from 5 p.m. to 2 a.m.

“Kung may time kayo, you should try it out.”