JEFF Chan hopes Barangay Ginebra will keep the fire burning after its latest championship in the PBA and not fall into a sense of complacency.

The Kings emerged as the best team in what was easily the most trying season in the league’s 45-year history, bagging the Philippine Cup title by beating TnT Tropang Giga in a best-of-seven finals played amid the COVID-19 pandemic.

In doing so, the team ended a 13-year drought in the All-Filipino Conference and became the only team to win championships in year 2020 after initially bagging the Governors Cup crown last January.

Chan, 37, said the team shouldn’t let its guard down. 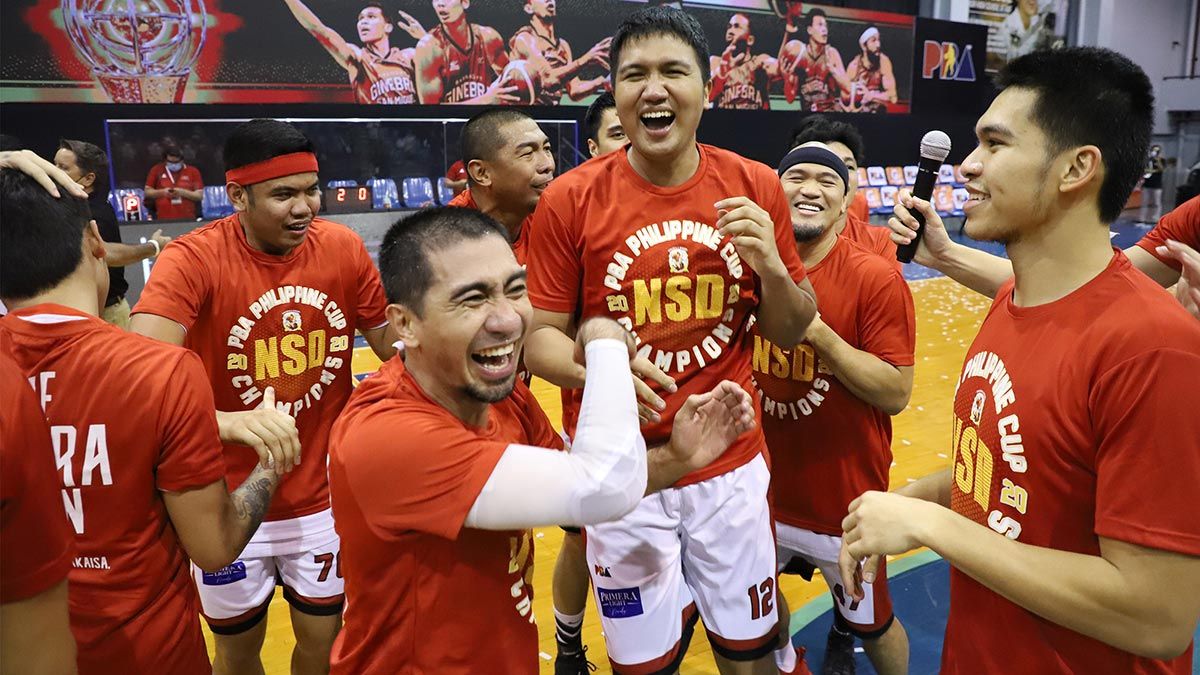 Chan was not fully healthy inside the bubble as he played through a hamstring injury that hobbled him especially in the playoffs.

Despite playing hurt, the shooting guard proved to be a valuable part of coach Tim Cone’s rotation in the title series against the Tropang Giga.

Chan, a former Finals MVP while with Rain or Shine, averaged 3.8 points and 1.6 rebounds in 12 minutes of play in five games in the best-of-seven duel. He was part of the bench mob that led the Kings back from a 15-point deficit to win Game 2 (92-90) and took control of the series.

Lost in the glow of LA Tenorio’s first-ever Philippine Cup crown was the same story line for Chan, who won the PBA’s crown jewel only now, 13 years after being selected No. 17 overall in the second round of the 2008 draft by Barako Bull.

Twice, Chan made it to the Philippine Cup Finals while with Rain or Shine, but came out empty-handed in both instances.

Ironically, his last all-Filipino finals appearance was against San Mig Coffee in the 2014 season when the Hotshots dominated all-year long to win the league’s last grand slam.

San Mig was still handled by Cone back then.

If you can’t beat him, join him.