ANTIPOLO - Jayson Castro scored on a desperate coast-to-coast drive to rescue TNT from the clutches of defeat and score an 86-83 comeback win over a gritty Converge team in the PBA Season 47 Philippine Cup on Sunday.

Castro's floater with 2.6 seconds left gave the Tropang Giga back the lead at 84-83 after RK Ilagan missed two free throws at the other end, just moments after giving Converge the lead with a clutch pull-up jumper.

"Thanks to this guy beside me who found a way to score in that final play," TNT coach Chot Reyes said as he sat beside Castro during the post-game press conference. 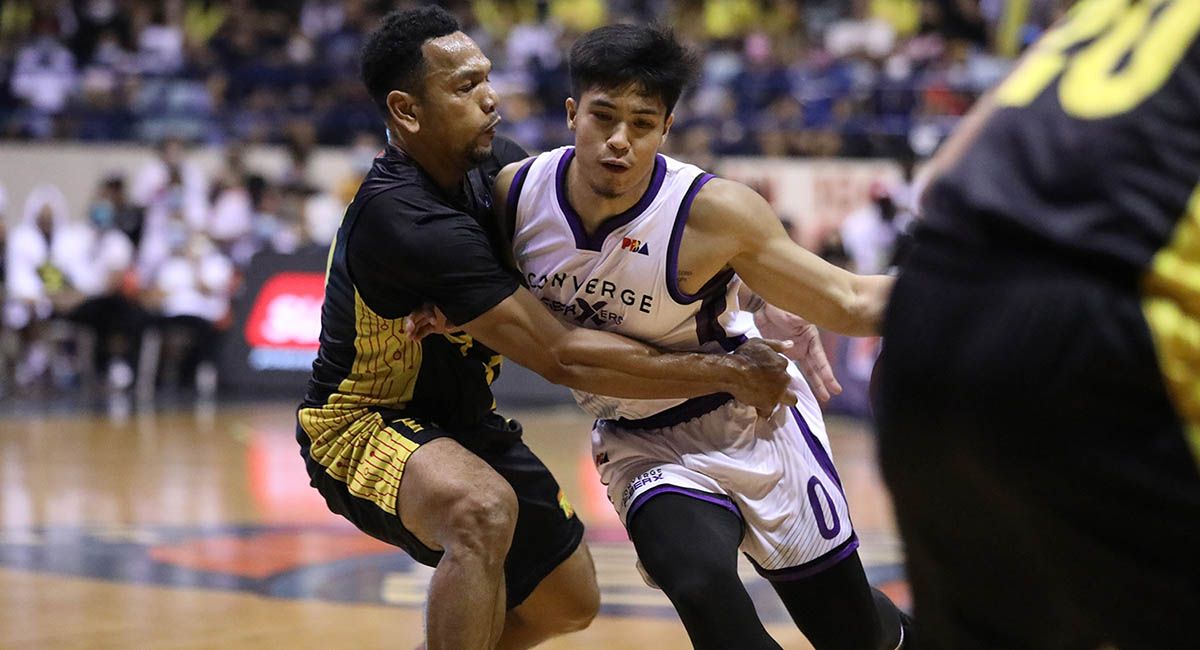 "One of the veterans siyempre, you have to take over at that moment," said Castro, who finished with a game-high 17 points, four rebounds, and three assists. "Yun nga sabi ni coach, kapag nakuha ko yung bola, just shoot with confidence."

After the Converge turnover, Maverick Ahanmisi was forced to foul Jayjay Alejandro to stop the clock, and the TNT guard knocked down both free throws for the final count.

Glenn Khobuntin, called for two technical fouls for flopping, added 15 points and eight rebounds, and Troy Rosario added a double-double of 13 points and 13 boards for TNT, which got back on the winning track for a 2-1 record.

It was a heartbreaking loss for Converge, who leaned on clutch baskets by Maverick Ahanmisi and Ilagan down the stretch to seize the lead at 83-82 on Ilagan's jumper with 31 seconds left to play.

Following a five-second inbound violation by the Tropang Giga, the FiberXers had a golden chance to close out the win as Ilagan was sent to the foul line by Kelly Williams, only for the San Sebastian guard to muff both free throws.

Guard Mike Tolomia shot 4-of-7 from beyond the arc to lead Converge with 17 points, while Ahanmisi and Kevin Racal each finished with 15 points.

The FiberXers fell to a 1-2 card and failed to sustain the team's first ever win in history following their overtime victory over Magnolia, 89-82.