KIA Motors' first-round pick in the next PBA Rookie Draft is proving to be very valuable, and the Carnival management knows what it wants for it.

KIA team manager Eric Pineda said on Saturday the team wants a player in the caliber of Jayson Castro if ever it is to part with the precious pick in a draft pool teeming with potential stars.

Calculations done by Spin.ph on Friday showed that KIA's pick will likely land in the Top Two after successive 11th-place finishes in the all-Filipino Philippine Cup and the Commissioner's Cup.

No wonder the draft pick has attracted interest from several teams, with sources telling Spin.ph that Talk 'N Text and San Miguel Beer are just two of the ballclubs looking to acquire the draft rights in a trade.

[See If PBA draft is held today, this team will hit the jackpot - and it's not Blackwater]

Pineda bared KIA is currently in talks with two teams, one of which he admits is Talk 'N Text.

The longtime Team Pacquiao business manager said the plan is to keep the pick - unless a trade comes along where the Carnival will get someone like Castro in return.

The outspoken Kia official believes Castro is still better than any of the incoming rookies in terms of winning attitude and experience.

Pineda, however, said he is not setting his hopes high in getting Castro, who he admitted was informally offered to them in the past via ‘sound-off proposals’ and ‘pakiramdaman.'

[Listen to podcast of interview with Eric Pineda HERE] 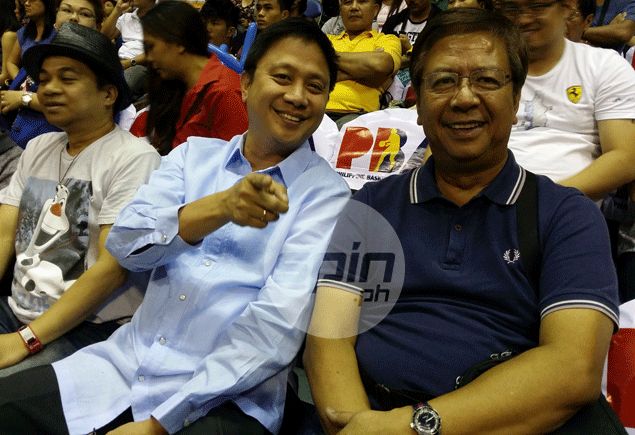 However, another source told Spin.ph that no less than Talk 'N Text team owner Manny V. Pangilinan personally assured Castro that he will not be traded, after reports of a possible trade with KIA first cropped up in December.

Any chance that the Tropang Texters may trade Castro were further dimmed by the Gilas Pilipinas mainstay's resurgence in the Commissioner's Cup, where the team is on the cusp of making the finals.

As it is, Talk 'N Text already owns the first-round draft pick of another expansion team, Blackwater, and sources expect the MVP-owned team to get KIA's pick as well, one way or another.

If the MVP group succeeds in getting KIA's pick in a trade, it may end up owning the top three selections next season since Meralco already owns the rights to Barako Bull's first-round pick.

“Maganda kasi ang rapport ni Mr. Gregorio sa Kia, plus the fact that team management is supportive of their plans to really beef up the team now that the Texters have an ageing lineup,” he said.